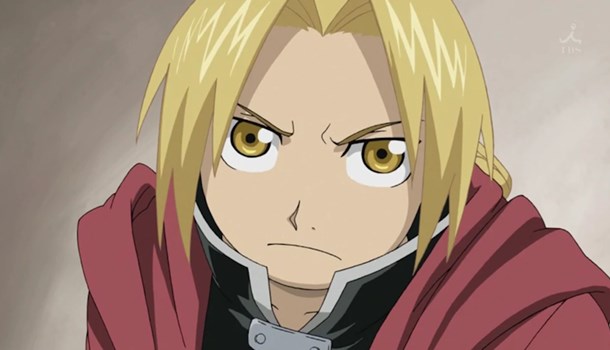 Following volume 4, the Fullmetal Alchemist story has another false start, but then takes off like a rocket with fights, revelations, conspiracies and mystery.

The first episode is a complete non-event, save for Al beginning to question his humanity as a soul bound to a suit of armour. Fan favourite Armstrong is covered in pink sparkles and flexing throughout, which makes a slow episode so much more bearable.

More characters are introduced as the Elric brothers return to Central city to conduct their research and are escorted by Lieutenant Maria Ross and her subordinate Sergeant Denny Block (who seems to be an afterthought).

One of this volumes main changes from its predecessors is the inclusion of a new intro and theme tune, which is has greater pace and volume than the previous song to indicate that the series is moving up a gear.

With the fourth episode, the Elric brothers delve into the secrets of their own military and Ed narrowly escapes death when he realises Scar’s destructive technique. Meanwhile, Al begins to question his humanity when provoked by a murderous face from the past.

Every episode becomes strongly linked in the series. It may have taken the series seventeen episodes to get going, but now it has the plot lines, background and clues from 16 previous episodes to draw upon as well as new revelations to come. Scar also names the mysterious group that Lust and Gluttony belong to while engaged in a fantastically animated battle.

The extras are consistent with the previous volumes with opening and closing credits as well as some character sketches.
8
Although the volume gets off to a poor start, the storyline springs into action and you know it’ll be a roller coaster ride from here on in.
LATEST REVIEWS