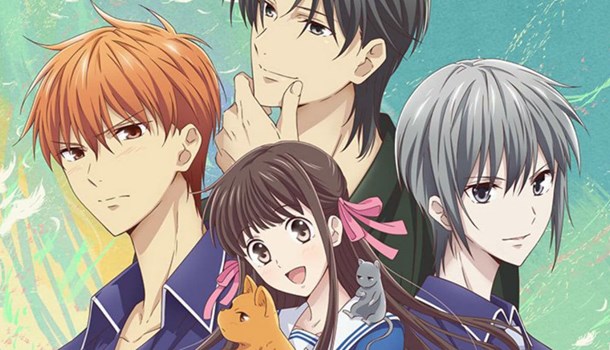 Fruits Basket is an anime adaptation of the Japanese manga series by Netsuke Takaya, directed by Akitaro Daichi. The series tells the story of Tohru Honda, an orphan girl, who, after meeting Yuki, Kyo, and Shigure Soma, learns that the thirteen members of the Soma family are possessed by the animals of the Chinese zodiac. These individuals are also cursed to turn into their animal forms if they embrace anyone of the opposite sex. This being said, the anime focuses largely on family relations allowing Tohru to learn the hardships and pain faced by the afflicted members of the Soma family and through her own generous and loving nature, helps to heal their emotional wounds. Therefore, this series may be described as a very character driven show - focusing on each of the characters and their growth throughout the story with the help of our kind-hearted main character, Tohru Honda.

With the airing of Fruits Basket: The Final, the series came to an end on the 29th June leaving viewers emotional and impassioned, many complimenting the beautiful flow of episodes as the unfolding of events took place. Throughout Fruits Basket there has been a presentation of issues that could be applicable to daily life; grief, letting go of the past and growing as an individual. Other themes also include parenting, love, friendship, admiration and forgiveness. With key themes such as these, I believe viewers are able to be taught valuable life lessons. Friendship. Family. Love. Therefore, as an avid viewer and fan of Fruits Basket, these heart-touching themes enabled me to further love and appreciate the characters introduced within this series.

Taking each season into account, the crafting of this anime has evidently been approached considerately to enable a fulfilling experience for viewers. Season one set the stage for the following seasons. This taken into consideration, the first season of Fruits Basket primarily introduces us to the characters and their world, giving minimal information about the tragic background of the characters. Following this, season two takes the information provided in season one a step further, diving deeper into the characters. This enables a first glance at the darkness that will be unravelled during the final season. Finally, season three, or the final season, now stands on the developed foundations of the previous seasons. With the themes and characters changing throughout the series, the final season thoroughly encapsulates the symbolism of love utilised throughout Fruits Basket. Following the Chinese Legend of the Zodiac, bonds were formed between God and the Zodiac to help heal his emotional wounds following death of the animals, his beloved friends. Time flowed ever forward, and those wounds were healed, yet the bonds remained. Eventually, the bonds started to twist and tighten, fraying with their age, and the wounds that at one time were healed by the bonds were reopened. These bonds are love. The bonds of love come in two forms: by will and by constraint. Love, at is best, is the bond of two people simply giving each other a hug, or holding hands. The tie is completely unforced. Yet those are the Zodiac are denied of this love, constantly reminded that they aren’t free because they are bound by another love, holding them together despite their individual will. Therefore, this allows the scene whereby the Zodiac and Akito weep as the curse is finally laid to rest to have significant emotional impact. Love’s bond is sweetest when it is filled with freedom. Overall, the anime had emotion in a thousand different forms. 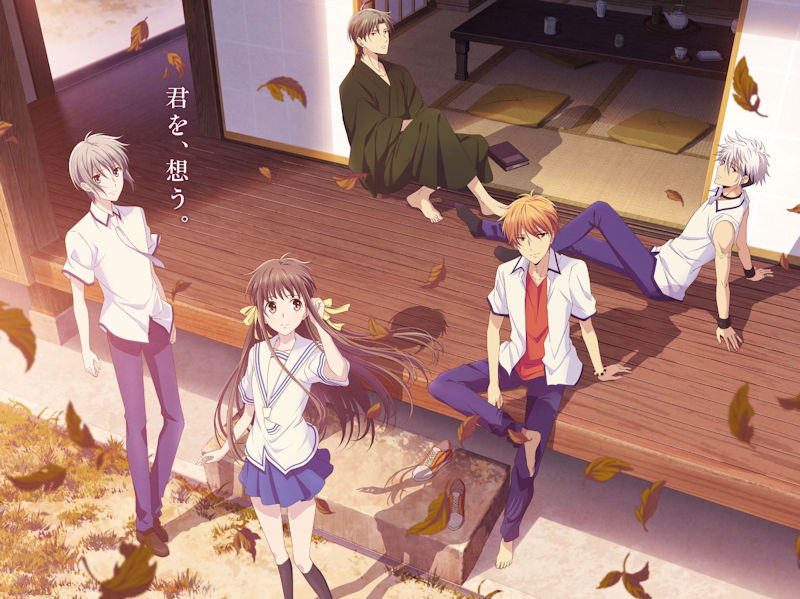 As explained earlier, Fruits Basket is a very character driven show. All characters receive their own spotlight, enabling viewers to witness them grow as the series progresses. It may be notable that each character even had their own unique story and trauma due to this ‘curse’ inflicted on them, their own struggles and tragic backstories included. Certainly for me, whilst watching this anime series and learning more about each of the characters, the emotions that I experienced were a rollercoaster ride. Therefore, I am able to conclude that in my opinion, Fruits Basket have one of the best anime casts in history. Each of the characters show us love unflinchingly. We get to bask in the gentle warmth of Tohru’s affection, see the full wrath of jealousy in Akito while Shigure shows jealousy’s more crafty face. Kureno depicts the agony of abnegation while Yuki sings the spring song of first love. Momiji the dull ache of unrequited love. These characters got to be undoubtedly human. They had conflicting feelings, selfish feelings, dark feelings, hurtful feelings and they got to express things that may make them seem like terrible people allowing them to seem real. Therefore, the complexity of the characters was certainly an aspect that kept me watching as they dealt with their inner demons allowing viewers to witness their improvement as characters.

In all, Fruits Basket: The Final is a resounding success. As a viewer, I have never felt such enjoyment with a show as I have Fruits Basket which has enabled me to cry, laugh, suffer and smile through the journey of each character, it is certainly a fantastic anime adaptation of the manga. To finalise, I can say confidently that I couldn’t recommend a shoujo/romance anime more than Fruits Basket. It is a masterpiece in its genre, without a doubt.

10
Fruits Basket is a masterpiece in its genre, without a doubt.