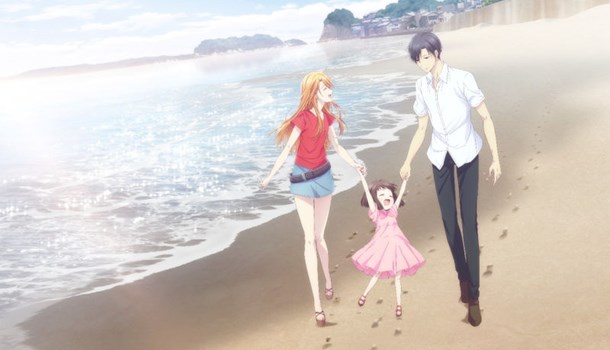 Fruits Basket: Prelude tells the tragic love story of series protagonist Tohru's parents. While the film is a prequel, the first thirty minutes of the feature are dedicated to a recap of the anime series itself. Told mainly from the perspective of Kyo, most of the scenes focus on his relationship with Tohru and the dramatic scenes from the anime that involved his interactions with Tohru's mother Kyoko. The recap in question falls squarely into the category of a refresher for the audience who have already witnessed these events and to remind them of the key details/scenes that help tie things together.

Subsequently, this is not a film for those who have not watched all of the newest anime adaptation of the Fruits Basket manga, as before the prequel section starts, the final scenes between Tohru and Kyo from the anime are shown. The prequel itself follows Kyoko Honda, Tohru's mother, from her teenage years and through to becoming an adult. We start by seeing her as a delinquent and troubled teen who comes from a broken home. Aimless in life, with no sense of purpose or direction, Kyoko feels extremely alone and is upset about how her life has turned out so far. It is not until she starts to interact with Katsuya Honda that she decides to take steps to better her life and find purpose and meaning. Things progress between the two which ultimately leads to the birth of Tohru and the set up for the entire series.

Before things even begin in this section of the film, the intended audience will already be aware that things will end in tragedy. What makes the film work though (and is the main crux of this film) is the journey. The narrative mainly deals with the themes of feeling isolated, lost and alone, while later on it displays moments that deal with loss, grief and finding purpose in life. The key themes of the movie echo those that Tohru and the cast of the main series have to deal with. We have parental abuse, neglect and abandonment as the key tragic themes, but we also have those of hope, recovering after tragedy and finding the strength to carry on with your life. There are very few moments of comedy with the film as it mainly deals with the more dramatic and tragic aspects of the series. The recap mentioned highlights the shows most dramatic moments taking several from near the end of the series and Kyoko's story is nothing but tragedy.

While this may be seen as a rather bleak film, it is still rather enjoyable since Kyoko herself is a rather endearing character. She is someone who has had a difficult life but managed to find joy in the small things, a trait she passes on to her daughter in fact the film adds considerable weight to the ending of the series proper, even if the recap at the start of the film felt a bit unnecessarily long.

The big positive though is that we finally see Tohru's father and how his relationship was with Tohru developed. Their interactions felt rather genuine and touching at times. The film has a rather good English dub that has the cast members from the TV series reprise their roles for added scenes. The film also has decent visuals but for some reason has very realistic looking water which looks so good that it kind of sticks out like a sore thumb.

Overall this film feels very much like supplemental material to those who enjoyed Fruits Basket. A nice but rather heartbreaking film that recaps some key points of the anime and gives a bit of back story to one of the characters of the show.

And let's just give props to the film's poster design, with the footprints in the sand continuing past the characters, with only Tohru's stretching fully into the foreground. Sublime. 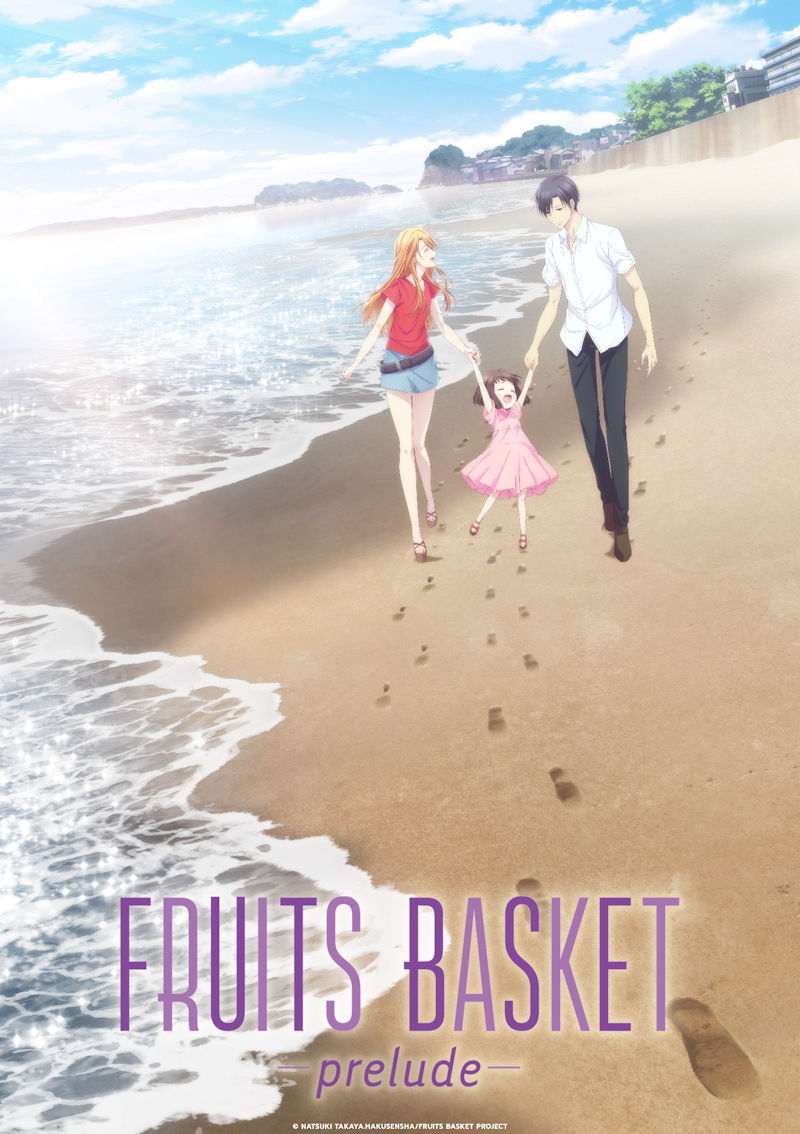