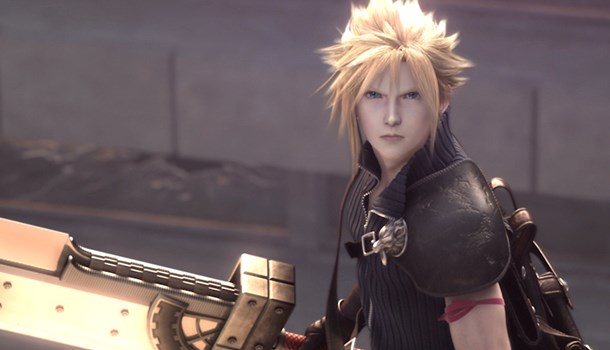 Reviewed way back in 2006, we looked at the film sequel to the hit PlayStation video game Final Fantasy VII. We gave it a 6/10, saying that while fans would enjoy it, no-one who hadn't completed the game would get much out of it bar the shiny CG and impressive fight scenes. With the onset of HD technology and Blu-Ray, it seemed inevitable that a re-release would be on the cards - the film claims it has a bucket load of new content, but does it justify buying it again?

Main plot-wise there isn’t much of a change; what you saw three years ago is still present and accounted for. What has been added is an additional twenty-six minutes of footage interlaced all the way through the film, be it a handful of extra seconds in some scene or a completely new scene in other instances. What could have been random nonsensical footage actually does add a fair amount more to the plot - scenes that made no sense in their transition or conversations that seemingly never happened appear as clear as day and actually help improve the pace of the story. The downside is that the film takes longer to get into the action and can feel drawn out to start off with, but with that additional backstory it is worth the price.

Now the real question is the most obvious one. How does it look in HD? That’s an easy one to answer... It's damn fine. You can see every detail, every grain of dirt, every blade of grass, every strand of hair. If there is one thing that looks fantastic in HD it’s CG, and this film is by no means an exception. If you need only one reason to buy this, it has to be to watch it in High Definition. Appleseed Ex Machina proved that in spades.

One issue however will be for the Japanese dub purists. While Japanese is the default language on the disc, the subtitles are the dreaded dubtitles, or basically the English Dub script used to watch over the Japanese. Purists will no doubt be annoyed by this and while the English isn’t shockingly bad, there are points where the English doesn’t sync with the mouth movement of the characters and can be somewhat off-putting.

The remaining additions to the film are a mixture of HD and standard definition. The biggest thing for the release of the film in Japan was a demo of the upcoming Final Fantasy XIII. Unfortunately for the English release this has not been included, but a HD trailer for the game has been bundled in as well. Considering how far away the English version of the game is, the lack of a demo is hardly surprising.

The biggest addition is animated film "On The Way to a Smile – Episode: Denzel" which follows Denzel (the kid with the brown hair in the main film) and gives his experiences between the events of the game and the movie. While the film isn’t bad, it is much better suited as an extra rather than a full on-release on its own, but it does help to fill in some gaps between the two plots.

So the question still remains; if you bought the DVD, is the film really worth getting again? If you have the HD equipment and are a massive fan of Final Fantasy VII, then there seems to be little reason not to get this. But once again if you are neither a fan of the series or just have the PS3 to play Blu-Ray, then there really isn’t much else here to get excited about. The additional footage does help with the flow of the film and does beg the question as to why it was removed in the first place, but that feature on its own isn’t enough of a reason to buy an entire film again. Only pick it up if you're mad on your HD.

While we’ve mentioned some of the extras new to the Blu-Ray, the original DVD extras still remain. These include the two films retelling the FFVII story using both the original game's plot and also telling the entire story in chronological order starting with a very young Cloud and Tifa. The other extras comprise all of the trailers leading up to the films release. Nothing too mind blowing for sure.