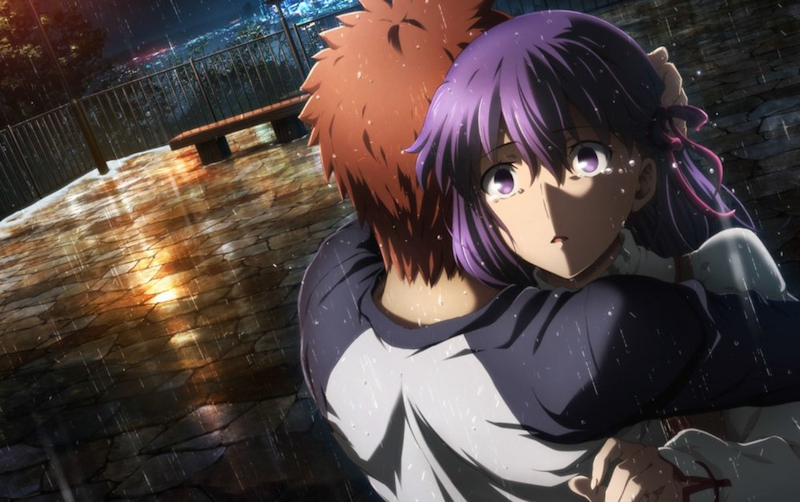 Fate/ Stay Night: Heaven's Feel II. Lost Butterfly is the second film in a trilogy that follows the Heaven's Feel route from the original visual novel. With the original 2006 anime series following the Stay Night route that focused on the relationship between Shirou and Saber, and the Unlimited Blade Works series focusing on Shirou and Rin's relationship; the films shift the focus to Shirou and Sakura. In other adaptations Sakura was a minor character that was only given the briefest of back story in order to justify her being in Shirou's house and her relationship to other characters, here she’s fully fleshed out.

The main story of the Fate series is that 7 Mages each summon a servant that falls under a various characters class. For example Saber uses a sword, Lancer uses spears and so on. Each servant is also a historical character from history or legend, though we won’t place spoilers here. They battle each other for the prize of the Holy Grail, which has power to grant any one wish the winner desires. As this film is a route from the visual novel, prior knowledge of the franchise and the general story of Fate/Stay Night (as well as having watched the previous film, obviously) is necessary to enjoy the film.

Starting immediately after where the previous film left off, Shirou continues to fight in the Grail War even after losing his servant and status as a master. In order to take down the mysterious shadow that has been appearing and attacking residents of the town,s he decides to team up with Masters still in the Holy Grail war to take on who he believes is the mastermind behind the Shadow's actions. As things progress it is discovered that things are not quite as they seem. We are taken down possibly the darkest route in the franchise, with more mature themes than in any of the other Fate/Stay Night adaptations. Sex, sexual assault and discussions of rape are shown rather blatantly. For those who feel uncomfortable with this kind of content be warned that these themes are prevalent throughout.

We also see the gradually declining mental state of one character, with scenes of their mind being broken due to various traumas in every sense of the word. Physical, emotional, mental and sexual. This is a very dark film that doesn't really hold anything back, and the content shows the harshness of reality in this series. The film mainly focuses on character interaction and development of relationships between Sakura and Shirou, to the point that everything here feels like setup into the finale. Despite this, there are still series stables to enjoy here.

The action scenes Retain the Ufotable flair for the dramatic and intense, with characters charging at each other, various explosions and collateral damage all taking place in spectacular fashion. The film is visually stunning to look at; the background work on the skies and landscapes combined with excellent lighting techniques makes the film a real stand-out in terms of visuals. On a technical level the film is superb.

The soundtrack is excellent, as one would expect from this series there are really great tracks that elevate scenes to make things more intense or dynamic. The film also has an English dub with the same voice actors that were in the recent Unlimited Blade Works anime series, all of which do a good job. Given the tone for the film there are a few instances of explicit language and some odd sounding dialogue but overall it fits together rather well.

Most of your enjoyment will be derived from how compelling you find Sakura as a main character. While her story is tragic - and the scenes in the film really do make the viewer sympathise with her - there's something slightly off-putting and unsettling about her. In this movie it also seems like the relationship between her and Shirou happens rather suddenly. Granted there is a lot of off-screen development and flashbacks, all of which flesh out this connection, but Shirou at times felt like a different character from the one we know from the other story arcs.

Those expecting something as thrilling as other parts of this franchise will be slightly let down by this film’s rather dark and mature route. While it has depth, emotional resonance and excellent production values, I feel like other adaptations told their story better.