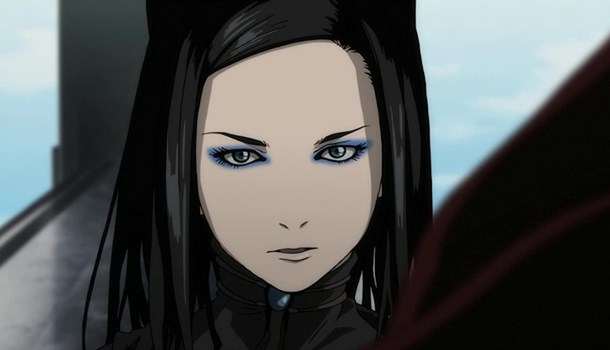 I think that I finally have sussed it. After 4 goes, 3 agonising years, I have finally gotten it. By it, I mean the ending which goes on top of my list for being not only the most complicated and philosophical anime but also the hardest to comprehend without studying the works of classical greek philosophers and obscure science fiction authors.
Seriously…

So please, bear with me as I try my hardest to convey my feelings of this final, ultimate, concluding volume of Ergo Proxy. Well, for starters, it’s not a happy ending, not that we expected such a thing. Not after the delights of such an apocalyptic setting.

Awesome. Not that hard after all.

It is my own personal policy not to deliver too many spoilers as the series progresses. Up until now it has been a little hard to say what is and what isn't a spoiler, especially when the majority of the series has consisted of Vincent’s search for his true memories and Real’s search for the whole truth about the Proxies and the revelations made during this journey are quite spoilerish. So here you go, a couple of quick spoilers.

Real’s initial encounter with the proxy was with Vincent, or Ergo Proxy. But at this time there wasn’t one present in Romdeau, there were two, the second going by the name of Monad. And it is with this second proxy that the true nature of Vincent’s memory loss, the collapse of the Romdeau society and the truth about the last domed city all comes together. The real creator and god of Romdeau is revealed, and oh, everyone dies.
Yes, that is all you are getting.

The revelations made during these final episodes owe a lot to the back story and the developments in Romdeau revealed piece by piece in the subsequent episodes. Early minor details come back with a vengeance and prove to be not so minor at all. Hell, even Dedalus’ creepy new toy (the clone of Real) is fully explained (And i assure you, the way she turns out is completely unexpected!).

Ergo Proxy is not the easiest show to understand first time around (I am waiting for someone to say on the forum that they got it first time) and at times the story can be extremely slow. The way the story is all wrapped up in the end and the feeling of immense satisfaction as the proverbial “riding into the sunset” scene appears at the end makes it all worthwhile, even if everyone dies.

Hell, I think I may have to watch Ergo Proxy all over again now!

8
A very special series, but worth sticking around.