Eden of the East: Paradise Lost 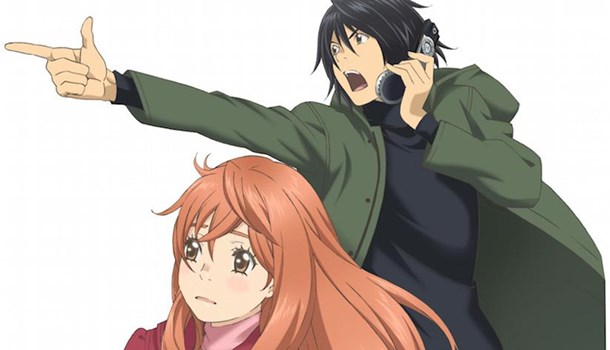 Eden of the East: Paradise Lost

A lot can be said when you are willing to spend your free time repeatedly marathoning a series and its movies from start to finish. Some people would call it devotion. Some would refer to it as a sign of a poor social life. I prefer to refer to it as being a fan, especially when after each viewing you are left with a grin on your face which would put the Cheshire Cat to shame, and a tingle in your Johnny... but that's probably best left out of the discussion.

Eden of the East: Paradise Lost is a motion picture which, within its limited running time, does exactly what we, the patient viewers of the series and the first movie, expects - that is, to finish the franchise in a decent manner.

At the end of the previous movie, The King of Eden, Takizawa was boarding an aeroplane back to Japan where he was to face the family of the former Prime Minister to whom he was the bastard child. Takizawa was additionally facing an assassination attempt by Seleçao 2 upon landing. At the same time, the Eden of the East team, after finding that they had been labelled terrorists by the Japanese government, were trying their hardest to dissuade the authorities while simultaneously assisting Takizawa and his attempts to force the end of the Seleçao game. Long story short, this is a heck of a note to end the first film on and the worst kind of cliffhanger.

Paradise Lost hits the ground running and has a lot to deliver in a short time. Without spoiling the journey to the end of the story in the slightest all I can say is: boy, it delivers. The ending to the Eden of the East franchise is not what was expected when we started. The world doesn’t end and Japan isn’t brought back to the proverbial stone age (thank God, as I like going on holiday there!) The 20,000 NEETs whose prowess and naked skill destroyed the sizty cruise missiles in Eden of the East, are still an external entity to normal society, but are now nicely contained within their own little sub-economy. Those Seleçao who deserved their comeuppance are delivered unto suitable justice, and those who acted with good intentions are saved, though with a little less forced castration. A well deserved punch lands on the face of he who started it all and the girl, after all her faffing around, doesn’t end up with the guy (bit of a lie, they at least admit they like each other, but Takizawa has other, more important things to do apparently).

The fun, in my opinion, is watching the process of getting to that ending rather than the climax itself. All i need to say is that it involves a lot of high speed HGV driving, four very beautiful red-heads with glasses, some serious suit wearing, a smoking and quite arrogant bar mistress and a rip-off clone of Skype.

As I have said in our review of both the series and King of Eden, the attention to detail in Eden of the East is what makes the series so addictive and attention drawing. The series is beautifully animated, with actual real life locations emulated with precise detail within the art and backgrounds of the series - this quality spills into the animation of the action scenes, the contrails of the missiles, even down to the silly little blushes that Saki puts on. This is only made more evident and more beautiful when witnessed in true High Definition, where the artwork simply comes alive.

I have said this all previously, but to reiterate my thoughts Eden of the East, and its motion picture incarnations, are a masterpiece or storytelling, mind-bending plot twists, scatological humour and likable characters with the added bonus of making you think about the world at the same time. One word of advice - if possible, go for the Blu-Ray release over its DVD incarnation. In this case, it is well worth going for the higher definition product.

This release and its extras consists of: US cast commentary, Kenji Kamiyama interview, TV spots, and previews and trailers for the series and its two movies, as well as a full Japanese and English 5.1 soundtrack with English subtitles.

10
A brilliant conclusion to an animated masterpiece. A must have.