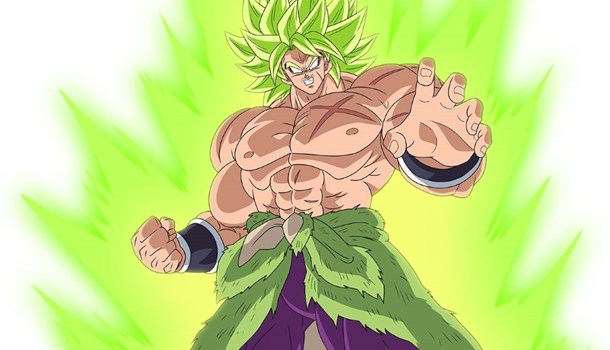 The last ten years have been a good time to be a Dragon Ball fan. We’ve had the Kai edit giving us a slimmed down and remastered version of the show, Super expanding the lore into a multiverse of aliens to kick in the face, and a string of fantastic video games such as Xenoverse and FighterZ to let us taste the action for ourselves. The show that introduced a generation to the glory and the weirdness of anime has experienced a kind of revival that so few properties get to have. The latest product of this renaissance is the much-hyped film, Dragon Ball Super: Broly, which released in the UK on the 23rd of January.

I specifically use the word renaissance for a pair of reasons. One, I recently learned how to spell it and I like to show off and two, because it means the revival of an idea and that’s what has happened with Broly in this film. Until the release of this movie, Broly was something of a punchline among Dragon Ball fans. He was an overwhelmingly powerful foe with a wicked cool design and the single dumbest motivation for any villain in a series that had a pink marshmallow for a bad guy. This film is a revival for this character, who is transformed from a raging monster devoid of personality into someone twisted and manipulated into becoming the warrior he never wanted to be.

Don’t get me wrong, he still spends most of the runtime screaming and chasing his opponents across the battlefield, but at least now we care why he does it.

Before we get to the fight we all came to see, we get to see a bit more about the Saiyans before the destruction of their planet at the hands of the tyrannical Frieza. We see how Goku, Vegeta, and Broly manage to escape their world’s final moments and how their fathers’ wishes influenced the path they took to their almost inevitable confrontation. It does a decent job of expanding the lore of the series and introduces Gine, the mother of Goku, into canon for the first time, showing her relationship with Bardock and giving a bit of insight into how Saiyans interact with each other when they’re not fighting. Though this was all interesting and long overdue, it felt like the film took a bit too long to get to the present day, with Goku and Vegeta sparring after the end of Super. Compared to the relentless action that followed, the set up was perhaps ten percent too long and the pacing felt awkward because of it.

The animation in Dragon Ball Super: Broly is, simply put, the best the series has ever seen. Gone are the sharp lines and digital shading of the Super era, replaced with smooth motion and more muted colours. It’s a retro feel that I was worried about going in but it works wonderfully because so much care was put into the choreography of the fight scenes: no more blurred punches and kicks or recycled animation. Every frame is deliberate and carefully crafted, giving the action a sense of motion that the series has never really mastered until now. From the first Super Saiyan transformation to the final curtain, my jaw seldom left the floor.

Dragon Ball has some of the best voice actors in the business attached to it and they’ve had so long to perfect their roles that its not surprising that there isn’t really a bad performance to be found in the English dub. Two definitely stood out to me, though. Erica Lindbeck spices her delivery of the fandom’s newest sweetheart, Cheelai, with just the right amount of sass to make her intensely likeable and make me excited to see more of this character in the recently announced follow up to Super. The connection she manages to forge with Broly in the handful of scenes they share is strong enough that their relationship feels honest and real, something the series sometimes struggles with. If we don’t get more of those two together it will be a crime.

My other favourite performance was Christopher Ayers, who reprises his role as Frieza. At this point, he’s become the definitive take on the iconic villain/real estate mogul, so it’s a joy to hear him bring the character to life. Of all the characters in the film, Frieza shows the biggest variety of reactions beyond the usual grunting and screaming. Some of the most humorous moments involve the tyrant and each point is delivered with such skill from Ayers that I craved more and more of him by the end.

For long-time fans of the show, Dragon Ball Super: Broly will represent the highest peak of what the series can accomplish. Its hard to imagine a better Dragon Ball movie than this one, and it deserves a space on your shelf when the DVD releases later this year. Even my issues with the pacing weren’t enough to diminish the unbridled joy I felt as I left the cinema. Go see it and rejoice in the fact that Broly is back.

9
The best Dragon Ball has ever been