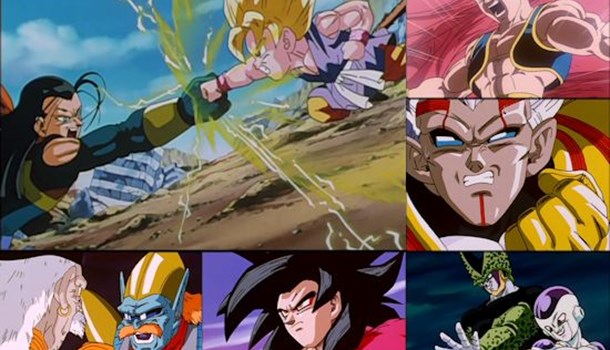 Nonetheless, by the end of its first season the series seemed to have hit upon a storyline that held the promise of delivering the kind of action and plot that Dragon Ball Z became so cherished for, and that story comes to its climax in the early reckoning of this second season. With the safety of Earth and the human race once again on the line thanks to the efforts of Baby, it's up to Goku to save the day again... except he's turned into a giant ape and lost control of his mental faculties.

This, however, ultimately serves as simply a precursor for Goku unleashing a new level of Super Saiyan powers, which might just give him a fighting chance of defeating Baby as he continues to occupy Vegeta's body and make full use of his host's powers.

With this done and dusted, concerns return to the Black Dragon Balls, who are at this point on the brink of blowing up the entire planet, ensuring that there's no rest for our heroes - a problem exacerbated by the shock appearance of some old foes as a new threat to the world's peace and safety. Ultimately, it's the Dragon Balls themselves that prove to be the final test of Goku and company's abilities, as their past over-use comes back to haunt them personally.

Looking over Dragon Ball GT as a whole, the story arc revolving around Baby is undoubtedly the show's high water mark - a moment where the series manages to recapture much, if not quite all, of that Dragon Ball Z magic, albeit only by aping (with every pun intended) the formula which made its predecessor work. Beyond that, this second half of the series is okay if unspectacular - the re-introduction of some major new foes is fun enough but utilised in such a way that it actually lessens the impact of these once-iconic villains, and the addition of the Dragon Balls themselves as monsters to be pitted against is a great idea spoiled by its execution which loses some of the majesty of their entire existence.

Outside of its story, one piece of good news for this second half of Dragon Ball GT is that any audio issues we encountered in Season 1 seem to be absent here, leaving us with clean audio tracks (although inevitably the Japanese mono audio still sounds pretty poor by modern standards) and video that looks good throughout. At this juncture we should also mention that this second season also includes the TV movie A Hero's Legacy, which flings us a century into the future to check in one of Goku's descendants to see how he's shaping up. It's hardly the most thrilling thing ever to grace the Dragon Ball universe, but it's a fun aside and its inclusion here is a welcoming addition.

As we mentioned in our introduction, living up to Dragon Ball Z's legacy is an impossible task, so we can hardly act surprised that GT fails to live up such a lofty goal. If you're a huge fan of that show's universe and characters then there is fun to be had from an opportunity to revisit it all, even if much of it is carried out in a rather contrived manner, but beyond that most of the story arcs within the series struggle to stand up as exciting tales in their own right. There are enough flashes of greatness to make Dragon Ball GT an entertaining aside, but not enough for it to stand alone as a series worth watching, leaving it relegated to the kind of thing that only hardcore Dragon Ball fans and completests will really glean anything of note from.

5
The battle against Baby stands out as a highlight in a series that tries hard to capitalise on the success of its predecessor but rarely succeeds. One for the biggest Dragon Ball fans only.
LATEST REVIEWS