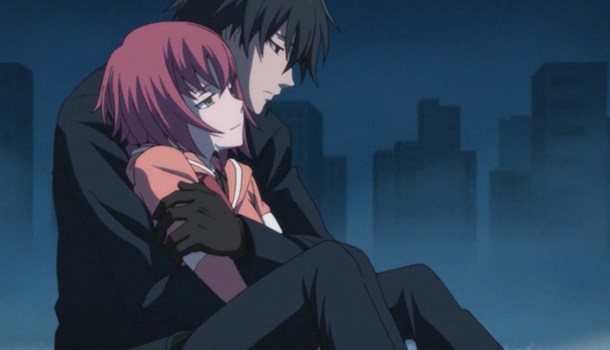 Things are quickly coming to a conclusion as the factions fighting over Hell’s Gate come together to either prevent or cause a disaster. The question falls to Hei and the team as to which side they are fighting for.

So here we are at the final stage of the Darker Than Black saga - We’ve been through ups and downs and slowly been drip-fed information over the course of the series and the real question that has to be asked is; has it been worth it? Well, yes and no. Let’s start with the negative shall we... Without spoiling a huge amount, you won’t see all of the questions that have arisen answered at the end of the series. While the immediate questions, mysteries and riddles are answered, the overall who, what and wheres are noticeably absent. The series doesn’t ignore them thankfully, but it doesn’t try to explain them in much detail either.

As for the positive aspects, as mentioned the storylines that have been flowing for the entire series have been wrapped up and things end with a mixture of bangs and satisfaction. While we would have liked some of the bigger stuff answered, we suppose some things have to be kept hidden for the sequel which recently aired in Japan.

Everything else is still top notch, as has been the case since the series began. Animation is superb, the characters still remain hugely entertaining and it’s great to see the main four come together. Mao deserves special mention as being a good little bit of light comic relief at the right time, while still maintaining a serious character - He alone should bring forth a new respect for cats.

Overall, the final volume of Darker Than Black proves to be pretty much what fans will want from the series. It feels more like an end to a story arc than a series itself, so we can only hope that the latest series makes it over here sharpish. For those that are still not blown over by the series, the loose ending may be off-putting, but as we said at the start of the series Darker Than Black is all about the characters, and it is here that the series shines like a star.