Daphne in the Brillliant Blue 1-3 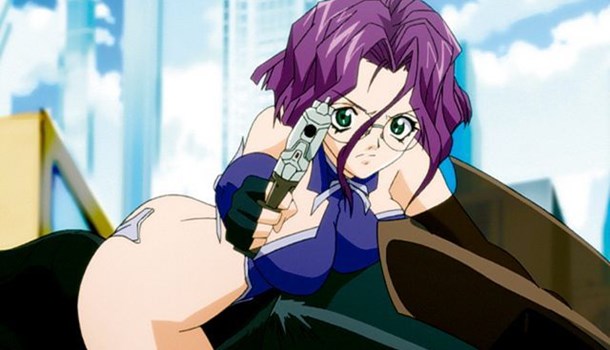 Daphne in the Brillliant Blue 1-3

Daphne in the Briliant Blue (hereafter DITTBB) revolves around three things: The agency known as Nereides, which takes on any job, no matter how dirty, the hapless Maia who, having failed her exam to get into the elite Ocean Agency (despite very high scores) and the skimpiest work outfights this side of the Sun's page 3 wardrobe.

DITBB is another UK release which is rapidly swelling the ranks of the mediocre releases clogging shelves. There's nothing much wrong with the series - the English dub is competent, the storylines mildly innofensive and the characters tick all the stereotypes - innefective manager, the brains, the slut, the violent psycho, the quiet violent psycho and the timid cute one.

Animation is typical TV quality (though very sharp) and the music is ok, but nothing that'll have you hunting down the soundtrack.

The only real thing of note is that aforementioned wardrobe. The designs are so ridiculously skimpy and impractical that it kinda detracts from the series. They're not in the least bit sexy, and why the girls all choose to fight in little more than their gravity-defying underwear is a total mystery.

While the series has little to recommend it, it's not a wash out either. The episodes are fun, self-contained romps with a breezy sense of humour. There is a subtle arc building which begins to gather pace by disc 3, which is typical of most anime. The arc in DITBB  is interesting enough to keep your attention through the dafter elements. However, some of the revelations, such as Maia's amnesia, is only revealed some way in - surely a bit of character development that would have helped earlier on. As it is, it feels dropped in at random.

This is a competent package that should entertain you - but it won't set your world on fire, and cosplay options are probably illegal! As this is available on Play.com for £10 a disc, it's pretty good value, and based on that it'll get a 7. At full price I'd go no higher than a 6.