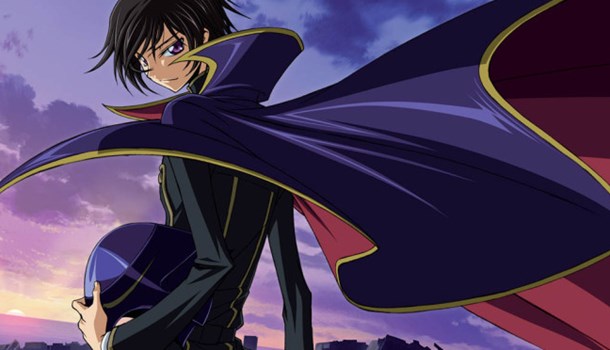 I don’t generally talk about the packaging of a series. To be honest, what is exciting to talk about in regards to plastic boxes and DVDs? Not a huge amount. And with an influx of Limited and Special editions of DVDs, games and albums, it is easy to overlook the humble packaging. This is where Code Geass’ packaging comes into it, because as a first impression for the series it actually helps to set itself up nicely before the DVD has even been placed into the player. Almost like a hardback book, the everyday retail edition of Code Geass looks normal in it’s wrapper, but once peeled away it reveals something much more interesting that makes you sit up and take notice. It is the very same quality that the series itself in this first half gives off - that there is much more to this than meets the eye.

The series takes place some years after the conquest of Japan by the Holy Britannian Empire. The Empire controls one third of the planet and is one of the major superpowers of the world. After their conquest, the Empire renames Japan to Area 11 and starts to rebuild the country in its own image, using Britannians to govern over the Japanese people, now known as Elevens. Lelouch is a Britannian Prince who was disowned by his father, the Emperor of Britannia, and witnessed the murder of his mother. After being given the power of Geass by a mysterious girl, Lelouch now plans to take on the Empire, create a perfect world for his sister Nunnally and avenge his mother.

I will admit that when reading up on the basics behind Code Geass I was just expecting another big robot anime where the protagonist is fighting the good fight against an oppressive government. I am so very glad that I have been proven wrong in quite a few places, my love for hard-bound packaging aside. The first thing must be the unusual merging of styles from animation studio Sunrise and mangaka group CLAMP, but yet the two work well together to the point that it seems crazy as to why they haven’t done so before. Sunrise once again shows that it is the master of the mecha, having machines that are not only instantly recongisible but also fit within the confines of the story and provide action and set-pieces that people have come to expect from them. Follow that up with character designs by CLAMP and you have a series that has managed to easily craft its own image, setting itself apart from the usual mecha crowd.

With artwork and character designs ticked off, it could easily have just sat back and spoon-fed us the usual underdog looking to change the world story - if Sunrise is guilty of anything it is using the same story arcs in a lot of its animations. While the initial plot seems to follow in these footsteps, once we get properly introduced to Lelouch in the latter half of episode one as he is given the power of Geass we truly do see him for what he is: A cold, calculating genius who doesn’t mind what means he uses to get the results he desires. That’s what makes this series so refreshing, even in this early phase of the series; it’s unpredictability. It’s not only that, but also the themes of racism, imperialism, justification of violence, terrorism, war - it’s all there and actually crafted in a way that doesn’t seem to ram it down your throat. For all its action and mecha action, it has a story that is clever and doesn’t patronise you, while showing that everything has a consquence and no matter how much people will try to live two lives, not everything can be kept separate from the other.

It is the characters themselves that provide so much substance to the world that they inhabit. Lelouch proves himself to be no better than the enemy he is facing especially when under the guise of his Zero persona, while his friend Suzaku is the perfect counter-balance to show a person who wants change, but in a way that is the least violent and using means that help everyone not just himself. Throw in the resistance fighters that Zero recruits and Kallen, a complex character in her own right, as well as the other students of Ashford Academy and you have some serious entertainment. Even the arguably second tier characters have much more going on than their initial appearances suggest.

Code Geass was designed to be the everyman anime and by the by, it seems that goal has been achieved. The mecha fights will no doubt please the action junkies, the more cerebral fans will get a kick out of the interesting story and for those who don’t think much of the doom and gloom of the war scenario, there are even instances of light-hearted story telling. These help lighten the mood, while also moving the plot along some as well, making sure that not a minute is used for simple padding of the script.

After the first disc of Code Geass was over I was already hooked and thankfully had another two discs to keep me going for the time being. Being pleasantly surprised by the opening salvo that Code Geass has provided, I can only wait in anticipation of the second box which completes the first series. Code Geass has something that everyone will likely enjoy. - It’s a complete all-round package and you will be hard-pressed to find something else to top the bill for the rest of the year.