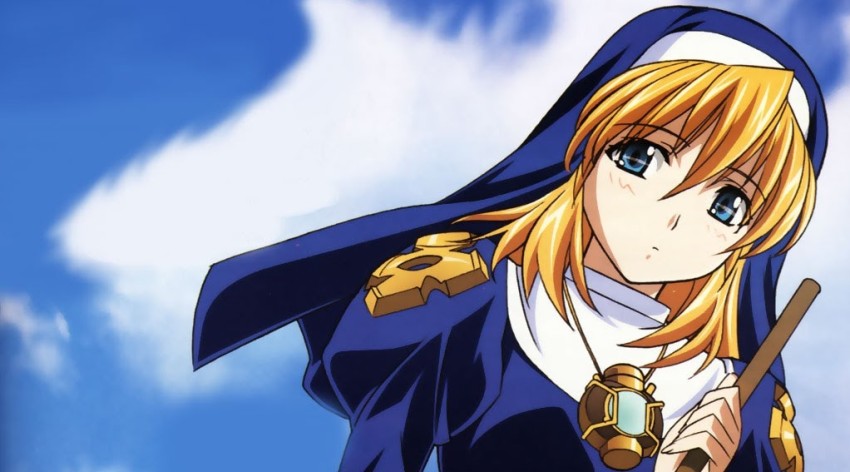 Based on the manga by Moriyama Daisuke, Chrono Crusade is set in a retro society and concentrates on the exploits of the young nun Rosette Christopher and her childhood friend Chrono, a demon who has his supernatural powers sealed inside the pocket watch she carries. The pair work for the Order of Magdalene, specialising in exorcising and combating the demonic forces encroaching our world.

Like Trigun & Kiddy Grade, Chrono Crusade relies on the "everything is not quite what it seems" premise that has become so popular of late. Rosette is haunted by the disappearance of her younger brother Joshua, who, it transpires, may well prove to be her biggest adversary in times to come. The cute young Chrono is certainly more than he first appears, and as events unfold his link to Rosette is revealed (to rather grand effect).

Perhaps the most striking thing about Chrono Crusade is the setting. We've had space cowboys, intergalactic troubleshooters and more, so perhaps it’s no surprise that Nuns should be the next stop. The designs throughout the series are certainly endearing, and the retro look only adds to the atmosphere. With all the religious imagery I'm reminded of Hellsing, though Chrono Crusade is far less menacing (at least in the initial stages).

You can't help but get the feeling the series is following a mould that'd beginning to get a little tired, and it's certainly no great shakes in the originality department, but It's curiously touching too. Often in anime, characters are killed off in seemingly random fashion (a crime for which Gundam Seed is readily accountable) but not here. Each sacrifice is given meaning, whether personal or for the greater good, and it really is quite affecting, especially the fate of both Chrono and Rosette.

Without giving too much away, the ending to Chrono Crusade is unusually downbeat. Whilst there is some hope for the future, evil lies in the hearts of men and can therefore resurface at the most unfortunate times.

So it's a tear-jerker, but then anime is nothing if not angsty. At least Chrono Crusade made you care, for 26 episodes of action, romance and intrigue. It's just a shame you have to say goodbye at the end of the adventure.

7
A thoroughly decent fantasy/action series with a dark heart that makes you wish the writers had tried harder.
COMMENT AND DISCUSS
blog comments powered by Disqus