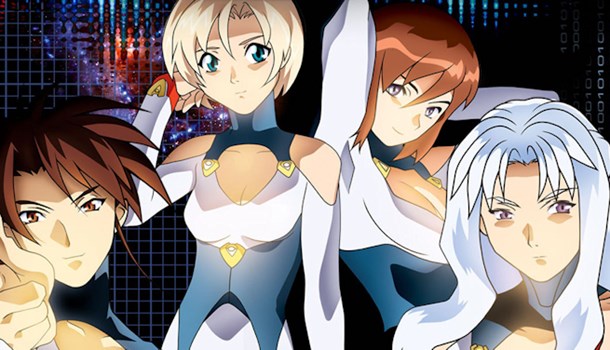 I never like labouring the influence of Neon Genesis Evangelion, but BGC2040 is a prime example of an anime made in a post-Eva world. There's lots of disfunctionality, obsession and secret agendas, such as Sylia's mental instability where boomers (the 'voomer' debacle thankfully appears to've been buried) are concerned. Priss is even more self-centred; Dr Raven is now Nigel, an introverted mid-twenties mechanic who appears to be Sylia's bit of rough. Daley is altogether slyer, less go-lucky; and Mason is no longer entirely the loyal servant of the scheming Genom chairman Quincy, who is only kept alive by life-support technology. Many a significant look is exchanged, and there's lots of subtle details and sexual tension.

Also, the high-tech takes more of a backseat to characterisation.

I could go on for hours, but I've got no space. The dub is good, Laura Chapman giving Sylia that unstable edge, and the rest of the ADV regulars do the business. The animation occasionally betrays its TV origin, but is otherwise nice, and the old soundtrack has been dumped in favour of some ambient and techno-rock that fits the new style perfectly. Christine M Auten can actually sing, but so far there's only one brief snatch of Priss and her band. Shame, but this still ROCKS.

9
They did the original proud.
LATEST REVIEWS