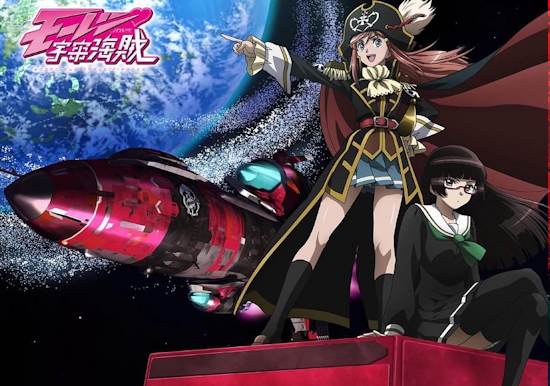 Freedom. We all crave it in some form or another. Be it freedom from the oppressive working hours of our employers; freedom from an unhealthy lifestyle; freedom from poverty or simply freedom of expression. To be free is to have the ability to decide your own fate; to follow your own path through life; to express yourself without censorship - but, more importantly, freedom is power. Freedom is hard won and easily lost. That power to control your life is easily withdrawn and we too easily give our freedoms to governments, leaders or spouses, and we let our fate sit in the hands of others.

To be a pirate is to be free - or at least, that is the theory.

The business, and it is a business, of space piracy requires that certain freedoms be relinquished, albeit temporarily. One cannot simply expect to fly through space using up supplies, fuel and ammunition without resupply or currency with which to keep you and your crew fed and paid. Similarly, without that trusty letter of marque covering your vessel, you cannot hope to keep your right to be a pirate. Even as a “free” agent one is controlled by politics, economics and reality. Then, there is of course the human element. Without a crew, without support from friends, no ship can hope to stay afloat in the vast ocean of space.

These are lessons that Marika Kato, captain of the space pirate ship Bentenmaru, quickly learns in the second half of Bodacious Space Pirates.

The second half of the series shows Marika graduating from being a “high school pirate captain” to being a “pirate captain, who just needs to graduate high school”. Marika is forced to prioritise her space-faring life as her attentions are drawn towards events outside of the Tau Ceti system. It doesn’t help Marika though when the crew are infected by a cat-monkey (what a terrifying idea, cats with thumbs!) influenza virus and are locked in a quarantine ship for three weeks. I am still not convinced that her decision to use the cosplaying Haukoh Academy yacht club as her space piracy crew over the experienced “sea dogs” lining the walls of the space port was the best idea, but it certainly added to the excitement. But when you are desperate... what could be more fun than cosplay space pirates with blaster cannons? That’s certainly “Bodacious”, isn’t it?

Putting on a piracy show for rich cruise liner passengers is one thing. But how will these girls react when they are faced with an actual hire, such as the rescue mission to save former club president, Jenny Dolittle, who is being married to a rich politician in order to further her uncle’s business interest. Well, as it turns out, this chaotic bunch of high school girls can do rather well even under pressure. Especially when there is a very cute love story involved.

Oddly enough, I'm not sure how many readers are fans of the early 50s and 60s St. Trinian films, but I am guessing at least one writer for Bodacious Space Pirates has seen these movies. There are a couple of moments in the early episodes of the second half of the series that could have been enhanced with the addition of a couple of hockey sticks and pigtails...

Thankfully though, these crazy shenanigans from the students of the yacht club don’t hang around beyond the first seven episodes, and from this point onwards the digested food hits the rotating air circulation device. I won’t divulge very much, but what happens in these six episodes changes your perspective of the first twenty.

In the epilogue of the series there is talk of the great Galactic Empire. An empire of humanity whose need is to unite all of mankind under a single species-wide administrative umbrella. The Empire whose military was fought back from the independent worlds using the privateer model and the letters of marque that grace Marika and her pirate kin with freedom. As Marika quickly learns, there are pirates from other worlds within the Galactic Empire out in space, as well as those who mean to hunt pirates down in the name of military progress. The pirates of Tau Ceti and the other systems, known for working solo and shunning co-operation, must now work together again to combat this new threat from the Galactic Empire, with Marika, and the crew of the Bentenmaru at the centre of this resistance.

Bodacious Space Pirates continues to live up to the expectations of its title in this exciting second part of the series, with these final thirteen episodes ramping the action up another notch and delivering epic space strategies, plenty of “pew pew pew” and combining them with a fabulous series of short connected story arc leading up to Marika Kato’s graduation as a fully-fledged space pirate. All this before she even graduates from high school!

It’s evident through the entire series that Marika is not achieving these great heights on her own, but is instead using her charisma to bring people around her together and collaborate for the greater good. From her club friends, her crew, the insurance union, the Pirate Council and her somewhat notorious family, all of them are united in support for her cause and they help her achieve, in true “ganbatte” fashion.

The production values and the animation does not falter through this second half of the series, with the same care and attention given to physics and the somewhat implausible weapons effects as shown at the start of the series, continued right the way through. The English dub is still extremely enjoyable with the actors clearly taking the opportunity to have some fun, especially in some of the more comedic moments in the final few episodes. Unfortunately, the issue raised in the first half review remains, with the unfortunate over-use of Japanese honorifics in the English dub.

My only regret is that there isn’t more episodes, as even though Bodacious Space Pirates, at twenty-six episodes is long compared to your typical twelve episode series, it still passes by so very quickly... but the good news is that there will be move antics from Marika coming soon. A feature length follow-on movie has been announced for Japanese release in February/March 2014 meaning that at best, by 2015 a UK home video release may be on the cards. Can’t. Wait.

Bodacious Space Pirates is a non-stop frantic space adventure from start to end, delivering your daily recommended amount of cute girls, mini-skirts, laser cannons and over-the-top costumes. If it isn’t on your shelf, it bloody well should be!

Also, make sure to sit through the end credits for the final episode. The revelations about Marika’s mother and father and their links with Gruier and the crew of the Bentenmaru answers are quite interesting.

9
Simply sublime, although I think I need to change my name to Ironbeard now…
COMMENT AND DISCUSS
blog comments powered by Disqus