Blade of the Immortal Vol. 1 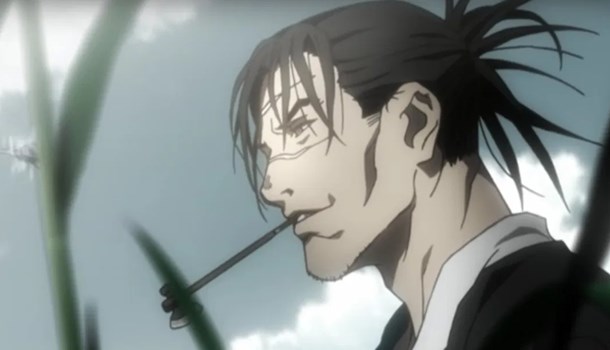 Blade of the Immortal Vol. 1

In the world of high school comedies and the constant quest for cuteness, we seem to be missing an awful lot of what actually got a fair number of us into anime. The giant robot genre is either dominated by Gundam or done half-heartedly, while the samurai genre seems to constantly tread the same ground until it starts wearing a hole in the earth. So, MVM has brought us Blade of the Immortal, but does this samurai story have a sharp enough blade to cut through the competition?

Manji is a highly skilled samurai who can take any blow and still keep on fighting. This is thanks to the sacred bloodworm, creatures that heal any wound that Manji takes. He is on a quest to kill 1000 evil men and will be kept alive by the creatures until he fulfils that desire. He crosses paths with a young girl named Asano Rin who wants revenge on the Ittō-ryū, a school that has been destroying other dojos which included one run by Rin’s father.

If there is one thing to say about this type of story, it's that they always seem to be motivated by one thing - revenge. Not a day seems to go by in Medieval Japan without someone being killed; next thing you know another person swears revenge and swords clash. True, that is a motivator for someone to wander around the country, but I’m sure there are other reasons for someone to pick up a sword. Regardless, Blade of the Immortal's main themes are revenge and redemption. Two things that always seem to go hand in hand with this type of series.

Both characters are looking for different things, but both paths lead to cutting people down, so it’s time to slice and dice and boy does it do so with gusto.  If there is one thing that samurai anime is known for, it is about having the red stuff flow and here things are no different. Swords, spears and many other sharp pointy objects are used to basically make sure the blood flows and it does go everywhere. It’s not quite on par as, say, Hellsing or Ninja Scroll, but it makes a damn good attempt at it. Of course with Manji being the immortal warrior that he is, you play the game of “How is Kenny going to be killed this time?” - Kenny being Manji of course.

Predictability is the name of the game here I am afraid as well. Swords fly, people die and our two main characters move on. Manji does begin the series with a touching story that shows how his path was started down, but the first three episodes do seem to plod quite a bit. It’s not until the ground work has been laid down that Blade of the Immortal starts to move beyond the standard samurai series. Granted the Ittō-ryū are a little more interesting than they first appear to be, but you can’t help but feel that with this first volume the series is going through the motions with a set number of characters to kill off before facing the big boss himself. It seems more like levels of a video game than a series set to invoke a range of emotions.

The actual look and feel of this series is what we have come to expect from Bee Train and Production IG - interesting looking characters and animation that never really looks cheap or tacky. People move and fight with a fine fluidity making the characters movements believable while entertaining at the same time, especially when things really kick off. The colour palette seems to be taken from other samurai series however, with a wonderful shade of brown used in pretty much every scene. Everything seems to have a muddy and depressing feel, with the odd spot of colour breaking through now and then. While I understand that it is not a feel-good, happy era, to have most scenes looking like they were dragged through the mud doesn’t make the viewer feel any more empathy with the cast.

Blade of the Immortal is a series primarily aimed at those who enjoy and appreciate samurai culture and the rules of honour that binds everyone to it. It ticks all of the boxes that this type of series effectively has to cover with enough of a peculiar edge to its male lead to makes it stand out ever so slightly from the crowd. I say ever so slightly as while it does do something slightly different, everything else is just the norm with nothing else proving to be the least bit more interesting; with the boxes for key selling points ticked off that seemed as though it was was all that was needed to be done. Hopefully the remaining two volumes will prove me wrong, but at the moment this series isn’t doing anything to wow us.

The standard features we've come to expect - nothing that stands out.