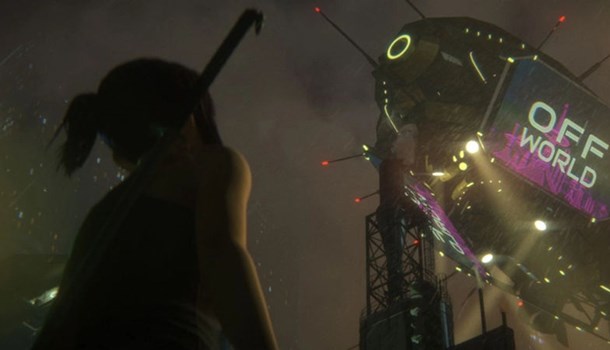 A young woman wakes in the back of a delivery truck with no possessions beyond a camera and no memory except an address in Los Angeles where she grew up.

A co-production between Crunchyroll & Cartoon Network, Blade Runner: Black Lotus is airing on Sundays on Crunchyroll under their “Originals” branding.

Ok, so I approached Black Lotus with more than a smidge of trepidation, mainly as Blade Runner is arguably the film that made me the cinema nut I am, so it’s a franchise that means a lot to me personally. I’m happy to report then that, 3 episodes in, Blade Runner: Black Lotus is shaping up to be a more than fitting addition to the broader narrative of the franchise (since the release of Blade Runner 2049 Titan Comics have published 2 spinoff series – 2019/2029 and Origins – both excellent).

Now, CGI animation can get a (not underserved) bad rap, but BL happily bucks this by having some utterly gorgeous backdrops that almost feel ripped from Ridley Scott’s classic original (without the emptiness that can characterise CG backgrounds), whilst the character models are clearly aiming for an anime aesthetic, just transposed into 3d the same way that the Lupin III: The First did so well, with the character animation not having so much of the stiltedness that can come through from the mo-cap process.

Eschewing realism for stylisation can make some faces look a little off, but nothing that delves into the uncanny valley that plagues CG aiming for realism. It’s clear that this show has had some serious money thrown at it and was worked on by folks who wanted to bring this world to life as accurately as possible – the iconic “spinner” flying cars look great for example, and I don’t think the Voight-Kompf machine has ever been shown as clearly as it has been here. Clearly the production leads – Creative Producer Shinichiro Watanabe and Co-Directors Shinji Aramaki & Kenji Kamiyama – have brought their considerable experience with the cyberpunk genre to bear. Having them work on a property that in turn inspired some of their own is utterly fascinating.

As to the plot, well the amnesiac protagonist might be a hoary old chestnut, but it means that viewers are introduced to Blade Runner's dystopian Los Angeles of 2032 and concepts like Replicants at the same pace as Elle, and so far she’s proving to be an engaging lead. I have suspicions about where the plot is going, so will be intrigued to see if it pans out. The supporting cast (so far) whilst not as fleshed out are at least leaning into their archetypes. I’m looking forward to seeing Elle properly run up against Davis, the LAPD beat cop we meet in episode 2…

Music is excellent, evoking the spirit of Vangelis’ iconic score without falling into full-on mimicry, and I have to say I dig the opening & closing song “Feel You Now”.

Now one note is that so far I’ve only been able to watch the subtitled version of the show with the Japanese cast which has been pretty good, but I do look forward to being able to watch the English version, especially as Jessica Henwick voices Elle and she is rapidly punching the full geek-property bingo card…

8
3 episodes in and safe to say I’m hooked – Black Lotus looks & sounds great, and the plot is shaping up to be a neat side-story set between the 2 films.