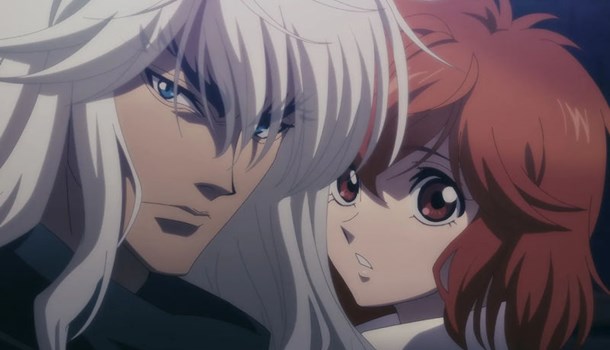 Picking right from where the first half of the season ended, Part 2 of Bastard! runs on the dual philosophies of “More is More” and “Subtext is for cowards”, with results that amplify the excesses of the show in the hope that it can compensate for any weaknesses by sheer bravado. And I gotta say, it kinda works.

It’s still a show that is deeply, deeply flawed, with our “hero” Dark Schnieder’s default being “smug prick” and his interactions with most of the female characters being well, let’s leave it at "less enlightened".

But, when it clicks the show is an absolute riot – listening to the dub there is a wonderful sense of anarchy and spontaneity to the recordings with characters being cut off-mid speech and moments of Epic Grandeur™ being undercut by characters either not giving two figs, being complete goofballs, or some combination thereof. And it’s great. I genuinely laughed out loud at some moments which is not something I can say about a lot of comedies, but this managed to do the job in a few spots for me. Admittedly it probably does help that a lot of what this show is skewering with it’s so-say Heavy Metal Fantasy trappings is a genre that I’m a fan of to start with, so it’s easy to spot the tropes in play and where they are being poked fun at.

At the end of the day, Bastard! remains a show I never expected to see revived, but whoever is over at Netflix with a yen for early 90’s manga & anime that keeps commissioning these shows and getting these sorts of results (see also Spriggan) I hope they keep on going as it’s been an entertaining ride so far.

6
An entertaining watch, in spite of itself.