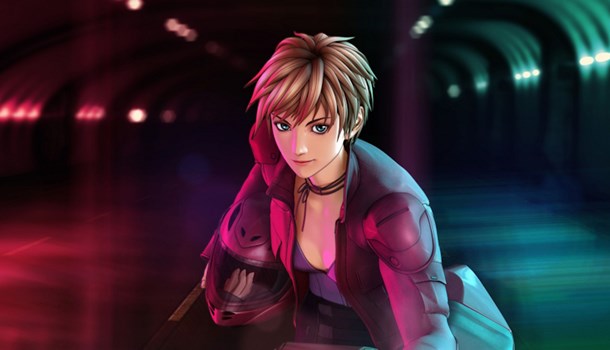 Having massively enjoyed the previous Appleseed film, I had high expectations for Ex Machina. The fact that the film would be available in Blu Ray format also made me somewhat weak-kneed, given the jaw dropping visuals of its predecessor.

Ex Machina certainly takes those visuals up a notch. With Shinji Aramaki back at the helm, with John Woo on hand to produce, the outlook for the CGI was always rosy. The city of Olympus looks incredible, as does the mecha whenever it explodes onto screen, but the real leap forward is with the motion capture and cel shading techniques used on the characters themselves. The previous film was mildly criticised for the lifeless characters, who often felt more like dolls than people. 2 years has made all the difference, and though the style takes a little getting used to, it's a generation ahead of its forebear.

The storyline revolves around the introduction of a new character called Tereus, a bioroid created from the cels of Briareos, Deunan's cyborg partner. The result is a man who resembles Briareos before his cyborg conversion, which causes mixed and confusing feelings for Deunan.

At the same time, a terrorist group is using technology to possess the inhabitants of Olympus and create unrest (very similar to a 3rd season Doctor Who episode in fact), leading to an Earth-shattering endgame which only the members of ESWAT can hope to avoid!

Cue mecha, explosions and much CGI as all hell breaks loose across the idyllic city.

While the plot is pretty straight forward stuff, the final scenes did leave me feeling a little disappointed. The film is very clearly influenced by The Matrix, and given that Shirow's work undoubtedly informed the Wachowski trilogy that might only be fair, but it didn't feel fresh. Even the swarms of drones and tentacles were a dead-ringer for the Matrix "real world" scenes, and from a team as talented as Woo and Aramaki, that felt like a bit of a waste.

That said, the film never looks anything short of stunning, and with Deunan even modelling a Prada designed dress, the film really does feel high budget. Aramaki keeps the pace consistent and entertaining, and Woo's trademark doves and kung-fu fight scenes get plenty of airtime too.

So while the story wasn't quite on par with the first film, it's still well worth picking up, and if possible, on Blu Ray disc. For visuals this sumptuous you'll want to make the most of it.

The Extras really add an extra layer of value to an already wonderful film - in particular the "From Page to Screen" documentary is exceptional, and features contributions from comic and film professionals, as well as written commentary from the elusive Shirow himself.

There's also a "Making Of" feature with interviews from Aramaki and Woo.

8
A solid film with amazing visuals and some excellent extras.