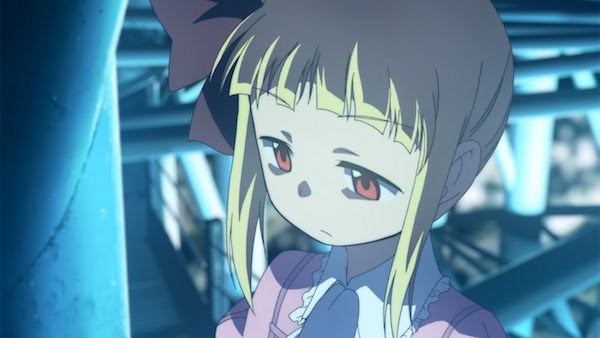 While Zoroku may share top billing, this show is really about Sana and her interactions with the various people she meets. Many of whom have super-powers, and all of whom have varying levels of hostility upon their first introduction. Though the other super-powered characters have far more limited powers than Sana herself. However, on the rare occasion that fights do happen, Sana isn’t guaranteed to win by virtue of being younger and less experienced.

The first half of the series could mainly be described as a drama or thriller show, which one would expect from the opening episodes. The scientists, and other ability users working for them (voluntarily or not), chase down Sana in order to return her to the research facility from which she absconded. The second half of the series deals with another ability user, not related to the research facility, who has recently gained her powers and is struggling to deal with them. This part deals with how terrifying it might be to awaken to these kind of powers, and what impact it might have on the personal life of a young person.

Scattered throughout these two main plot lines are episodes revolving around Zoroku and Sana getting to know one another and starting to live as a family, which also deals with Sana learning about how to use her powers more responsibly. These episodes are much more akin to a slice of life series.

The production quality on offer here isn’t the highest, and the first episode in particular has some less that stellar animation. Having said that, characters rarely look noticeably off-model and the imagery can be quite inventive at times, such as with a character who can summon giant hairy arms which charge at people.

Overall, Alice and Zoroku is for people looking for a more slice of life approach to their supernatural thriller show. Though it never quite manages to excite the imagination enough to stay with the viewer long after viewing.

7
A show which dabbles in several genres, but never excels in any of them.
LATEST REVIEWS