A Certain Magical Index: The Movie - The Miracle of Endymion 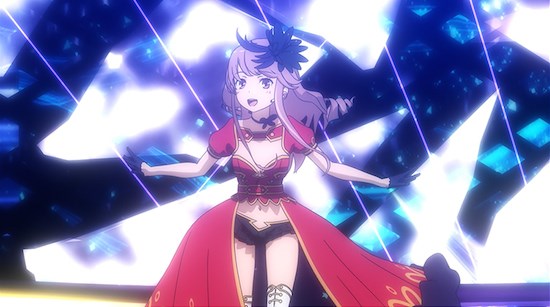 A Certain Magical Index: The Movie - The Miracle of Endymion

Welcome back to Academy City - that fabled place that spawned a never-ending stream of magical high school Light Novel imitators. Touma, Index and all your other favourite characters are back for another outing. This follows on from Manga Entertainment’s recent Season 2 releases of both the A Certain Magical Index and A Certain Scientific Railgun series. With a potential season three for either show remaining elusive, does this movie outing offer enough to tide fans over? The world of tie-in franchise movies has always been a bit of a minefield - a few rare gems peppering a field mostly consisting of by-the-numbers filler. Standouts like One Piece: Strong World are the epitome of franchise films that actually feel like 'films', with the quality of pacing and animation to match. Unfortunately, The Miracle of Endymion plays out more like a very extended regular episode - chop it into four and it could have just as easily been a part of the TV show itself.

The movie does some interesting things for sure: Right from the off it introduces us to a plot involving space planes and an idol singer, and for a short while you can entertain vague hopes that the film is going to go all Macross on us. But then it spins on its axis again, introducing us to a fresh set of characters that are effectively magical girls - complete with outfits. It’s then that we realise what the movie is really doing is desperately grasping at straws, bringing in a panoply of popular tropes from other genres in an ambitious attempt to inject some excitement.

Sadly, said excitement never really manifests. Short of a couple of decent hand-to-hand combat sequences, A Certain Magical Index: The Movie - The Miracle of Endymion never really gets into gear on the animation front either. Preferring to fall back on jagged, badly integrated CGI when it wants to get ‘flashy’. The result is a rather vacuous end-product that feels jumbled and narratively cluttered. Which is, for the most part, a real drag to make your way through. Vast chunks of the film’s run-time pass as aimless conversations between characters, while on other occasions the movie fobs us off with long pans over nice-looking background art.

The characterisation doesn’t fare well either. During the main series, the majority of the characters have been built up to such a power level that they never feel under any real threat in this movie. This culminates in a ridiculous finale that pulls some of the series’ core characters out of nowhere, just so they can feature in the final ‘end boss’ sequence. It's as if the writers were ticking through a list of ‘They’re in the movie’ check-boxes on autopilot. It’s the ultimate immersion breaking move and kills dead any gravitas the film’s climax might have otherwise had. Through it all, protagonist Touma continues to play the eternal White Knight to a revolving cast of females, while punching everyone else in the face with his Imagine Breaker fist - an attack that might as well read ‘World’s lamest plot MacGuffin’. The fanservice is particularly skeevy in this outing too, with a gross line about giving a well-endowed female character a 'thorough examination'. While elsewhere a camera is planted pretty much at butt level under a restaurant table, so it can gaze leeringly at a girl’s thighs as she sits down. The franchise has flirted with this kind of male gaze in the past, but never quite to these levels of obviousness.

At this point, it’s also worth noting that while the English dub cast for the Index/Railgun franchise is for the most part excellent - we'd advise sticking to Japanese on this occasion, as the English voice track also dubs the numerous idol songs central to this film, and their delivery leaves much to be desired… Indeed, some of the latter numbers - which arrive as the film reaches its crescendo - are quite possibly some of the worst English ‘versions’ of Japanese songs we’ve ever heard.

English 5.1 and Japanese stereo audio with English subtitles. Extras include a US cast commentary and a selection of teasers TV spots, trailers and promo videos.

6
A noticeably lacklustre cinematic outing for this franchise
LATEST REVIEWS