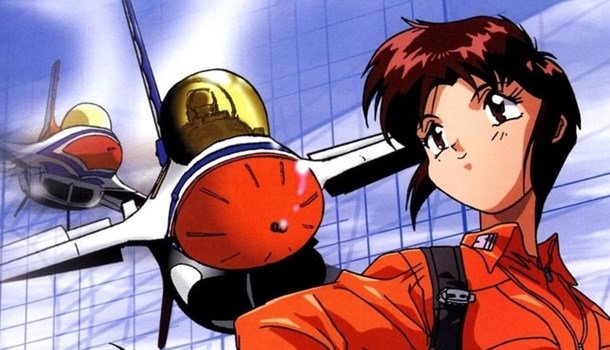 Until I was sent a review copy, I’d never been tempted by Airbats. This, it turns out, is a shame because it’s great! Airbats revolves around the activities of the 801st Tactical Training Squadron, which seems to comprise of three girls and a guy, plus a bunch of wacky senior staff who train them.

This is a pretty typical anime comedy romance, with the single male surrounded by hordes of cute girls intent on capturing him for their own. However, it also has the fun, romantic storylines as well, and that’s where its strength lies. It isn't just a romantic anime, it's a good example of romantic anime.

It’s wistful, light and genuine fun to watch. It isn’t laugh out loud hilarious, (what anime is?) but it does have some chuckles in there. The characters are all likeable too, which is quite unusual.

As usual the ADV dub is of a good quality, with all the performances being energetic and convincing. The animation is pretty good too, although lip synching slips in places, it doesn’t detract. Overall this is a quality package, and I’ll be down the shops as soon as time allows to buy the set!

7
Cute and frothy anime - everything it promises!