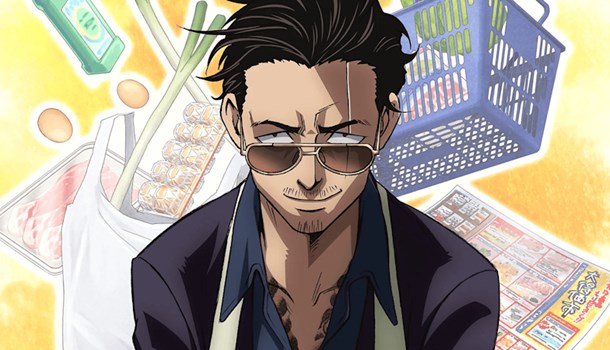 
Netflix have announced that the anime adaptation of Kousuke Oono's popular Way of the House Husband manga will premiere worldwide on April 8th.

The anime has been produced by Studio J.C Staff, who have also worked on Hi-Score Girl and Back Street Girls for the streaming giant.

Synopsis:
This world-class househusband was once a feared legendary member of the yakuza! “The Way of the Househusband” is the long-awaited anime adaptation of the cozy gangster comedy manga about “The Immortal Dragon,” a former yakuza member whose incredible feats are still talked about in the underworld, spending his daily life as a househusband!