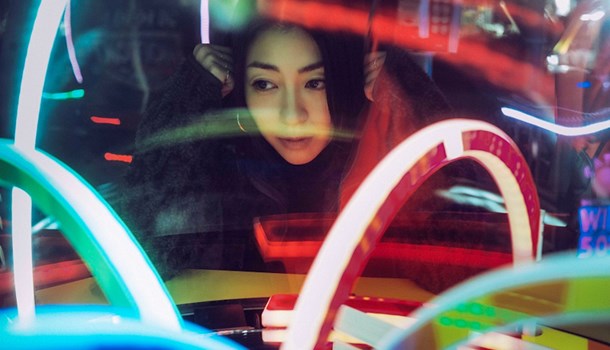 
The theme song to the newly released Evangelion 3.0 + 1.0 by Hikaru Utada entitled "One Last Kiss" has been released today in 18 countries/regions.

Already breaking her own records, the song is number #1 for songs and albums on over 16 digital services, ranking in 33 countries around the world!

The music video was directed by Evangelion mastermnd Hideki Anno, and has been viewed over 3 million times in 2 days on Youtube. You can watch the video here:

Hikaru Utada is also teh artist behind the seminal "Beautiful World", the theme song to Evangelion 1.0, which also features in a De Capo version on the LP, which will receieve an international release in Summer. You can however buy the album digitally right now.

The music video, directed by Hideaki Anno and premiered on Tuesday, March 9, has already been viewed over 3 million times not even two days into the premier and drastically increasing the count, in a pace way faster than “Sakura Nagashi”, the previous theme song, which was streamed 1 million times in one day.

In addition, the digital version was released on download/streaming services preceding the release of CDs and LPs, and achieved #1 on comprehensive album rankings on 12 domestic digital music services.  The song was #1 on comprehensive song rankings on 16 domestic digital music services as well, 9 of which were double #1s of song and album rankings.

Furthermore, the song has received huge reactions from the world, debuting at rankings of digital music services in 33 countries/regions, including #1s on iTunes comprehensive album ranking in 18 countries/regions!In Japan, Singapore, Thailand, Hong Kong, and Macau, it achieved #1s on both comprehensive song AND album rankings on iTunes.It is the first time for Hikaru Utada to receive this many #1s on comprehensive charts abroad.The song was also #2 on iTunes US’ comprehensive ranking, which ties with her own “Hikari – Ray Of Hope MIX – (Remixed by PUNPEE)” from 2017.It enjoys high positions in other charts in Europe/US as well.The announcement of the release of the international edition of the vinyl has been welcomed by fans from around the world with a sound of glee; her viral popularity is spreading from home to abroad.

You can find more information on Hikaru Utada's Website