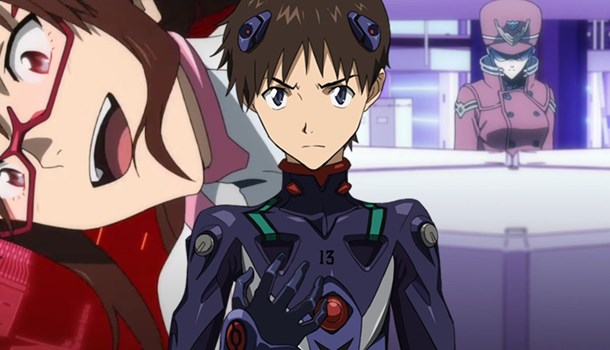 
With only a few short days to go until Hideaki Anno’s Evangelion 3.0+1.0 Thrice Upon a Time finally releases in Japanese theatres, Amazon are helping to kick the party off with a weekend-long event that will see each of the previous three films streamed on YouTube.

Starting this Friday, 5th March, at 8pm JST (11am GMT), Amazon Prime Video Japan will stream Evangelion: 1.0 You Are (Not) Alone on it's dedicated YouTube channel, completely free. This will then be followed by Evangelion: 2.0 You Can (Not) Advance on Saturday, 6th March, at 8pm JST again, and then Evangelion 3.0 You Can (Not) Redo at 9:45pm JST (12:45pm GMT) on Sunday, 7th March. Simply click the links to set reminders for when each stream goes live.

Each of the films will be accompanied by special guests, who will discuss aspects of the film, underpinning the broader celebration of the series leading up to Thrice Upon a Time's release on 8th March. And, if you can't wait to get a glimpse of the new movie, Sunday's stream of 3.0 will be followed by the first 10 minutes of the new film - timed to show at exactly midnight Japanese time (3pm GMT).

We for one can't wait to see this journey reach it's climactic conclusion but, for now, we'll have to satisfy ourselves with the most recent trailer below.