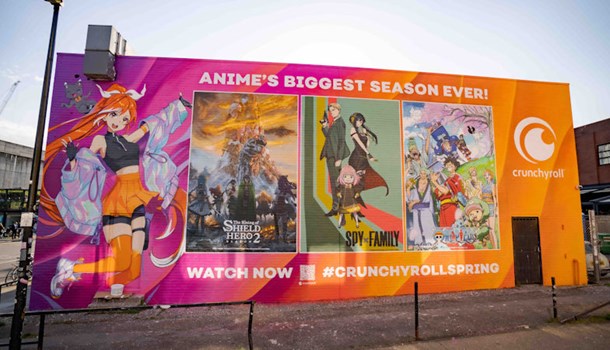 
Here's something fun -  Crunchyroll have commissioned a 14 metre high mural on London's Shorditch area to promote their latest season of anime on their streaming platform.

Hand painted by Global Street Art Agency at Chance Street, it depicts the foxy Crunchyroll-Hime alongside artwork for Rising of the Shield Hero, Spy X Family and One Piece. The artwork is viewable from Box Park and Shoreditch Overground, and hopes to be popular with Instagram and TikTok posters.

“We wanted to create something special for fans in the United Kingdom to celebrate our spring content season, which marked the first time we combined all upcoming titles on Crunchyroll. Previously, fans needed to subscribe to both Funimation and Crunchyroll to see their anime, but not any more!” said Gita Rebbapragada, Chief Marketing Officer, Crunchyroll. “This mural is as vibrant and exciting as anime itself and showcases many of the great titles fans can enjoy all in one place.”

Screenings of these anime will be available to watch at MCM London Expo, which will be taking place between 27th-29th May.