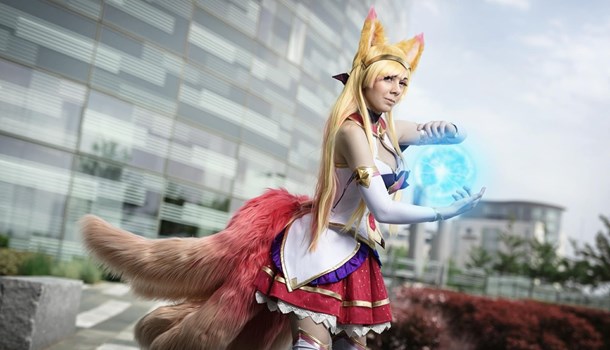 Behind the Costume with Pentacharm


Prolific and bubbly cosplayer Abbey has been on the scene for several years now wowing us all with some great costumes. She sat down with us to explain how it all got started and the magic of wonder clips.

When did you start to become aware of cosplay as something you wanted to be involved in?

God, I think I must have been really young – about seven or eightish. I was watching Cardcaptor Sakura (Abbie has good taste! - Ed) for the first time on video, that’s how old it was. I thought, ‘oh I really want to dress up as her’ and then I eventually started looking into people dressing up online and thought ‘oh that is so cool!’ And Eventually I just started getting more into it and thought I’m gonna buy my first costume. But it wasn’t till I was about fourteen or fifteen that I got my first costume and went to my first convention which was MCM Midlands a very long time ago!

That’s certainly a good way to get started! What was your first costume?

My first Costume was Mau Amatuka from Good Job Club. It was like a slice of life anime. It was something that I’d first watched and thought that it was amazing and I just got into it from there really. It wasn’t great and I’ve tried to remove all footage of it from online though photo’s keep creeping back up!

Everyone must have an embarrassing cosplay I’m sure!

What was the experience of doing it for the first time like?

Oh...the first time it was so overwhelming cause I’d always wanted to go to Comic-con but every time I wouldn’t have the money or I was too young to go alone. Being there for the first time I was completely on my own and it was...it was weird. There were so many amazing costumes, there were some people there that I saw in massive beautiful costumes that are now my friends and looking back on that it was a surreal experience just seeing all the cosplay for the first time back when MCM used to have their computing League of Legends area, their E-sports area it was when they had the stage without the dome. When they had all the stalls, the knife and the actual sharpened sword stall (I must have missed when MCM made it possible for cosplayers to fight to the death… - Ed), all the plushies...I didn’t know that half of these thing’s existed! It was just so many people coming up to me saying ‘oh, your costumes so cute you look lovely’ and I was like ‘oh wow I think I look awful’ and it was just amazing giving other people compliments that I wanted to give them too as well. It was just amazing.

It sounds like you had a great first time.

Oh I did, I’ll never forget it! Honestly, every single time since then it just can’t top the first time.

Don’t say that, you’ll be on a downward spiral forever!

So how many costumes have you put together since then?

Oh god… I think I used to cycle through at least five costumes a year since then. Sometimes doubles or more depending on the convention. I could happily probably say just around the twenty five mark – mind you that has been a couple of years worth though!

It sound’s like you're one of the people who turns up with multiple suitcases of different costumes to an event then?

Oh, you have no idea! (laughs) I used to travel with a friend. We used to have a suitcase each and they were like the proper big ones and even then they couldn’t hold everything so we were sharing space and then we’d have a separate one with the props we’d have. It was crazy. We were nuts!

Time to buy a van!

It really is (laughs), I have to pass my driving test first!

My favourite costume…. Recently it would probably have to be Star Guardian Ahiri. When I worse that to May MCM in London, I think in 2019 or 2018….I don’t remember but I definatley remember being featured in the League of Legends Riot post about the event itself because they had some influence over the meet there and I had my photo published on their website. It was so weird because I’ve played League of Legends for years and to see my face in my favourite costume on their website was like ‘Oh my god!’

You sent a picture of that one to us. What’s quite interesting about it is that it has some nice image editing on it. Is that something you do yourself?

How do you go about choosing which costume you’re going to do and putting it together?

Usually it starts off as a sort of ‘oh I’m going to watch this show that I’ve heard a lot about’ and then I’ll watch it and I’ll be all ‘Oh, this characters pretty cool’ and then I’ll start looking into them. I’ll be like ‘they’re pretty cool and they have other people – I can ask more people to cosplay this’. It just blows up from there and I start looking on Alley Express, Mint Costumes...looking for wigs, shoes. The actual outfit. If other people have cosplayed it before, any make-up advice that they’ve done. I’ll look at those YouTube tutorials and look at it all and try piece everything together and then get one complete costume at the end of the day. It usually takes a couple of months sometimes.

You mentioned getting other people to cosplay with you – do you prefer to do group cosplay?

I do yes, I have a wonderful friendship group. They love cosplaying together. Sometimes they’ll cosplay their own things and I’ll do my own thing as well but I love to to cosplay together with my friends. We don’t get to see each other as much because we’re all from different parts of the UK like some London, Mansfield, Bedfordshire. We don’t get to see each other very often because none of us drive apart from one or two. So to meet at a convention and cosplay together is the best feeling in the world. We’re enjoying what we do, we have fun and we’re silly anime characters having fun going to a convention wasting our money on bubble tea and stuff we shouldn’t be and then going home and saying that was a really good convention.

So, when you’re putting a costume together how much do you buy vs manufacture yourself?

Oh it depends on how the costume actually comes as itself but for the best part I do tend to buy costumes more than I make. Because I’m not that good! (laughs).I have sort of, a minor high school ‘oh we did a few bits of sewing t-shirts here and there’ experience and all that but if it comes to that… But no, I don’t tend to make my costumes as much. I’ll alter them for sure. I’ve altered quite a lot and I’ll add little bits and smaller pieces that are missing or resin cast bits and gems to replace snappy acrylic ones stuff like that. I know some people who would just make everything from scratch and some who would just buy everything and send it off to a tailor.

What sort of key resources and tools do you think you need for cosplay?

Always a sewing machine! Actual fabric-cutting scissors, I always need those because if you use normal scissors, if you are cutting fabric to trim it down you end up ruining the fabric and you’ll end up ruining g the scissors you’re using as well and it’s a whole horrible game. You need chalk if you are trying to line it out if you’re making your own costume… Pins, these clips I think they’re called wonder clips, they’re amazing because they don’t put any holes in your fabric. Erm...probably a manikin as well, that’s a good resource to have. Patterns as well if you’re making your own, they’re very handy!

Are you working on anything at the moment?

I am, I’m working on a costume. It’s from an artist called Kusano Shinto from the Empty Colours illustration that they’ve been doing called Daughter of Scissors. I’ve had a friend who has been sending me loads of stuff to help with the props for it and I’ve been making the costume all from scratch. I strictly haven’t been using patterns but I’ve got most of the outfit done already and it’s looking quite good for my second ever fully made outfit! It’s weird to see it from how just a few bits of fabric cut out on the floor with pins to sewing it together and then have the final product. It’s weird!

How many events do you normally attend in a year?

I usually try to attend as many MCM’s as I can because those are the most successful for seeing my friends, Insomnia gaming festival which happens twice a year. J-con… That’s sort of it. I guess about eight conventions a year. It’s very money-taxing but you gotta do it sometimes! Hobbies are hobbies!

And ours are more expensive than most!

Are the conventions always positive experiences for you as a cosplayer?

For the most part they are always very nice places to go. But unfortunately there have been occasions...There’s been rumours going around about one of my friends which then ruins their convention. Or there was an incident last year when one of my friends got sexually harassed in one of the convention halls and then stalked. Security thankfully sorted it out within seconds of them being alerted. Sometimes you just can’t get away from little things and it’s quite sad really how you go to conventions to get away from the norm...you go there to escape and you just end up having all the same drama you get from everyday life. It’s not fair sometimes.

We always hold up that the UK fandom is amazing and better in terms of those kinds of issues because it’s so limited when compared to say, the mega events and fan bases you get in other countries but we suppose you can’t escape those issues sometimes sadly.

No I would say that the UK cosplay scene is immense!

Thank you very much for speaking with us Abbey! Where can people find you to see more of your work?

Your can find me on Twitter @Pentacharm_, Instagram yumicos_ and I do have a Twitch as well which is Pentacharm where I stream from time to time.

*Please note all images are used with the permission of Pentacharm 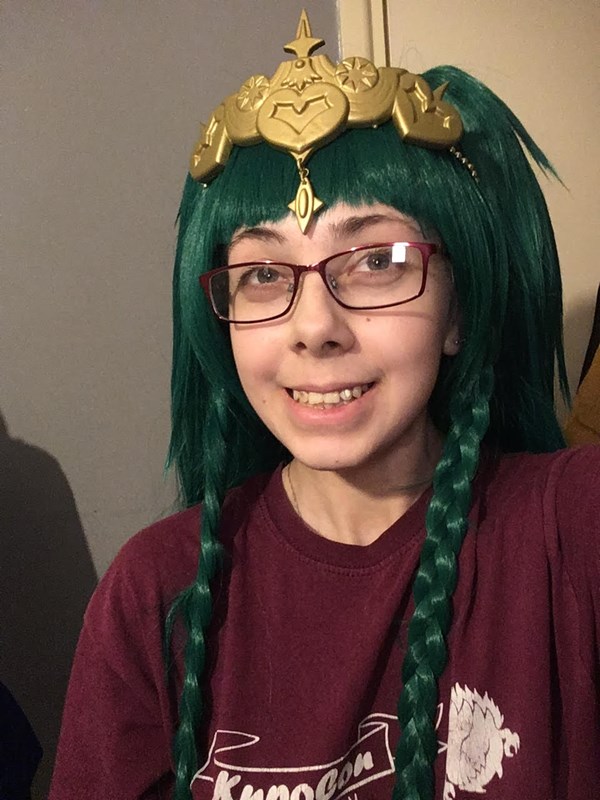 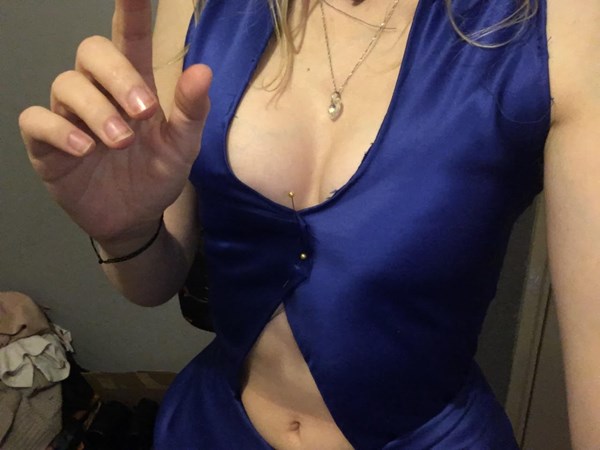 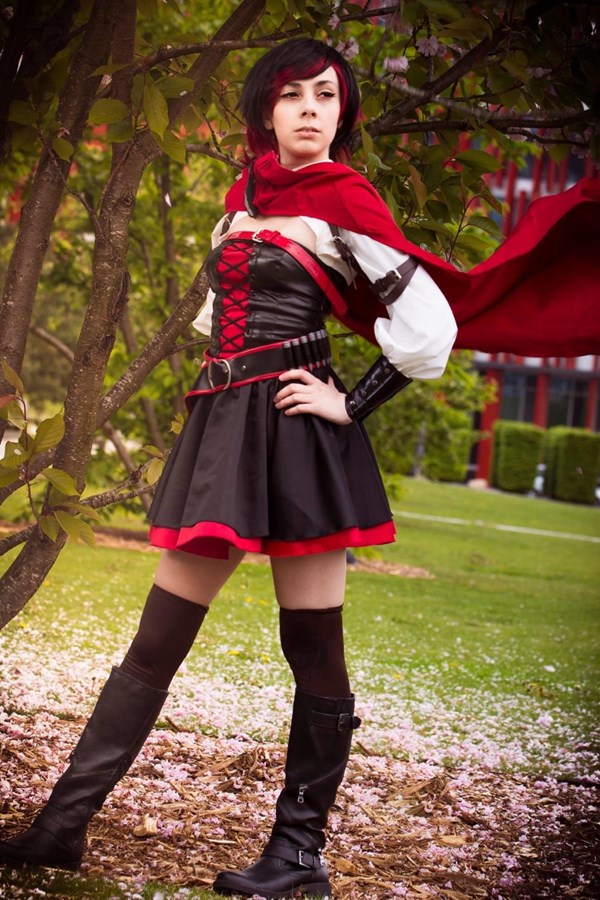 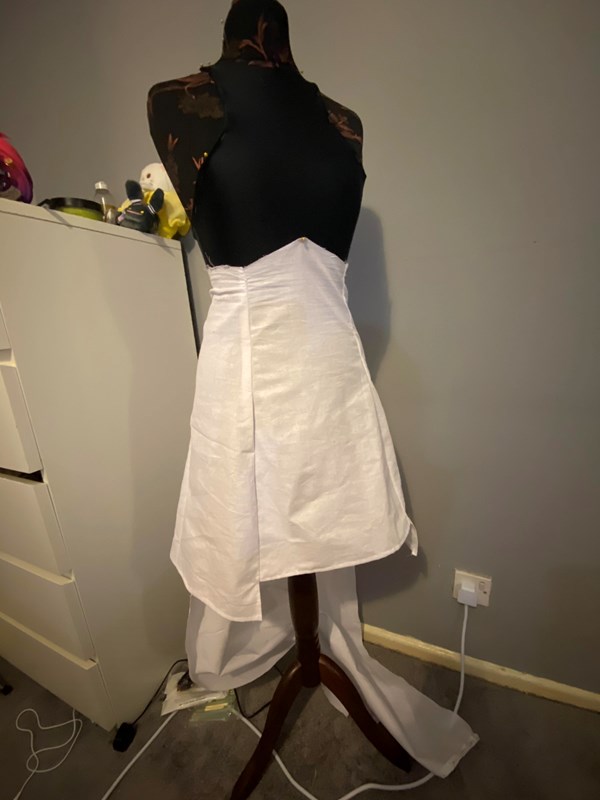 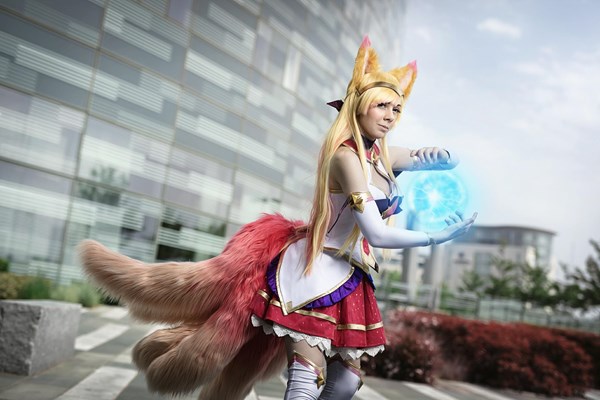 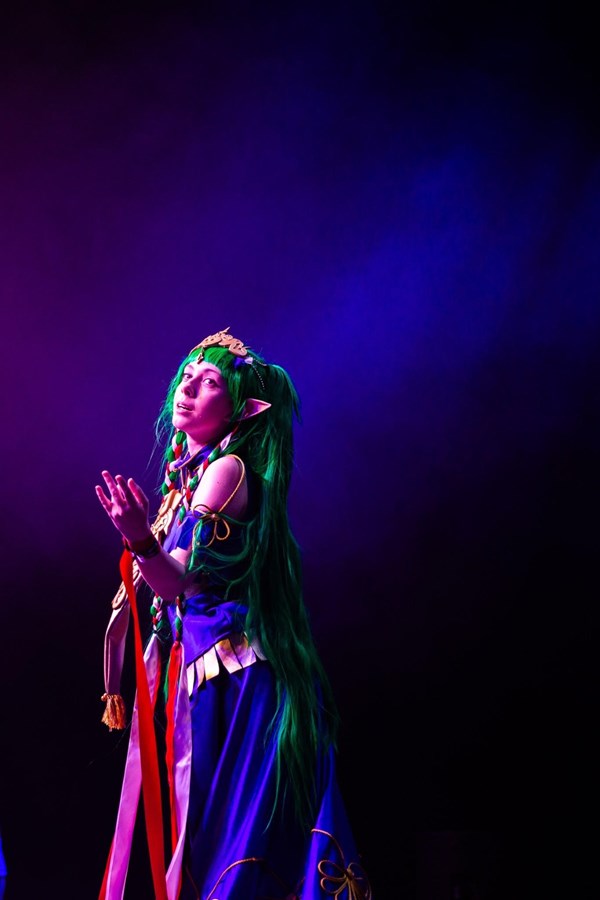