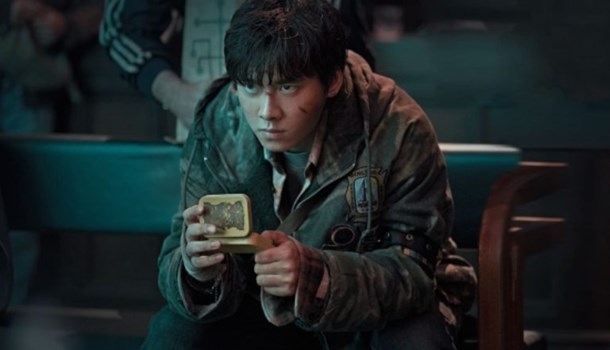 I must confess that Gambling Apocalypse Kaiji, a.k.a Kaiji the Ultimate Survivor is a personal favourite, and one of those relatively little-known anime series that I still heartily recommend as an off-the-wall contender to highlight the variety of visual and storytelling styles that the medium can offer. If you fancy a change from high school comedies, saccharine romances or giant robot shows (why anyone would be tired of mecha shows though, I’ve no idea…), the gritty, non-cutesy tale of a down-and-out getting embroiled in increasingly outlandish games of high-stakes gambling against organised crime gangs could be just the ticket.

Both the old anime adaptation and the new Mr Tonegawa Middle Management Blues spin-off are currently available to stream on Crunchyroll, so in some ways it’s quite timely that Han Yan’s live-action version of Nobuyuki Fukumoto’s manga is getting a theatrical run. For whatever reason however, it’s been a relatively low-profile release with little in the way of promotion, so by the time you read this the chance to see it at your local cinema has probably already passed. That said, at the time of writing there are rumours of it being available on Netflix at some point in the near future, so I suppose all we can say for now is “watch this space.”

Those familiar with the manga or the anime adaptation (to my shame, I’ve yet to see the two Japanese live-action versions), the premise of Animal World is only partly familiar: the title is a bit of an oblique reference to the story’s themes, although the localisation of the hero’s name to that of Kaisi (played here with solid confidence by rising star Yi Feng Li) is straightforward enough. The general idea at least is the same: the unassuming Kaisi is a down-on-his-luck loser who, through a series of unfortunate coincidences and naive decisions, ends up owing an enormous amount of money to a shady mafia boss with a strange proposal.

Unlike the surly deadbeat of the manga, this interpretation of the central character is more sympathetic, showing him to be a slacker and prankster but a decent lad whose heart is in the right place. The opening segment of the film overdoes this a bit, with a rather contrived setup involving his comatose mother in hospital cared for by his would-be love interest Qing, while he struggles to pay the medical bills with his part-time job at an amusement arcade. On top of this is a rather bizarre subplot involving Kaisi’s mental trauma that manifests itself as colourful, action-packed dream segments featuring an action hero clown who slays monsters that vaguely reminded me of the alien designs for Luc Besson’s Valerian.

Fortunately, the focus shifts away from the romantic drama aspect before it starts to outstay its welcome, and the significance of the “superhero clown” theme is satisfactorily addressed by the end. Part of the reason why Yan gets away with this is the confidence and vividness of his direction, but the performances from Li and Dongyu Zhou are also charming enough to keep things grounded. The story really gets into its stride with the appearance of Michael Douglas(!), and the beginning of the game that could turn Kaisi’s life around…or end it.

It’s not unknown for a Western actor to make an appearance in an Asian film in this way – Vinnie Jones in the delightfully wild Survive Style 5+ is one example that springs immediately to mind – but Douglas’ appearance here doesn’t feel like it was included just for novelty value. Surrounded by a Mandarin-speaking cast retelling a story originally written for a Japanese audience, he delivers his trademark toughness and aura of menace to portray a villain who is thoroughly entertaining and convincing, without giving any hint of how incongruous it might have felt to him at the time.

The suspense and plot twists of the gambling party are a heady mix of Kakegurui and Sherlock as our hero faces down conmen, henchmen and double-crossing schemers, and it’s testament to the film’s competence that such an outrageous premise as rock, paper, scissors comes across as being so tense and exciting. Stylistic differences aside, this is one of the strengths that it shares with the anime version: the cast is fairly small and it's devoid of action in the conventional sense, but you find yourself rooting for the characters and becoming engrossed in the minutiae of the games they’re playing. There are some inspired moments, such as the characters being shown literally wading waist-deep in mud to highlight the sticky, dirty and debilitating nature of their predicament, but for the most part it relies on the charisma of its hero and his desire to overcome adversity, although the cinematography does a good job of portraying the dimly-lit environments without seeming murky.

One aspect unique to this film that seems odd to those of us already familiar with the Kaiji story is that of those strange dream sequences, which are very polished and constitute great bubblegum for the eyes (and add some “action movie” footage to make the trailer look more exciting) but at the same time seem rather out of place somehow. They clearly took a lot of time and budget to render – the opening title sequence owes a lot to Deadpool for instance – but I suspect that they were included to spice up a story that the production team didn’t consider to be colourful or kinetic enough to have mass market appeal.

Ultimately this film was never going to be able to compete with the summertime blockbusters that are in vogue right now, but even without prior knowledge of the source material it’s still tremendous fun…and long-standing fans of the Kaiji franchise will likely be impressed at how a self-contained movie is able to stand on its own merits. Perhaps mindful that the manga is still ongoing and that this only covers the first story arc, the final scene provides a satisfying conclusion while leaving enough open for a sequel.

7
A colourful, vibrant and refreshing take on the Kaiji story...
LATEST REVIEWS 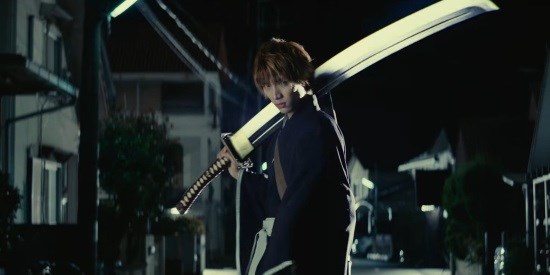