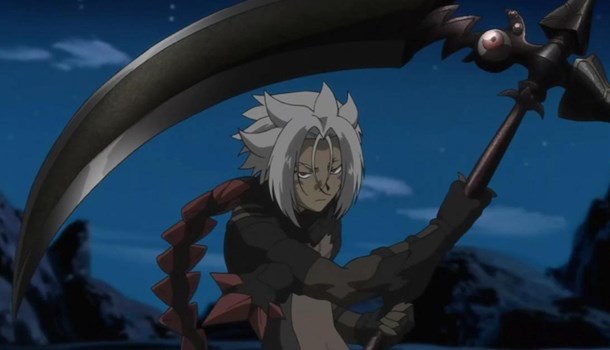 The franchise that refuses to die is back, and for those of you who loved Hack//Sign, you're going to love this...

Set before the Hack//G.U games, The World returns in a new revision, after CC Corp is burnt down in 2015. By 2016, The World R-2 is created, with the introduction of Guilds and Player vs Player routines.

Into this recreated digital haven steps Haseo, a new player drawn to The World by nothing more than a passing interest. In his first venture into the realm, he's PK'd (Player Killed) by a pair of bandits. He's rescued by Ovan, a mysterious man in Lennon-style glasses who sports a cannon for an arm. This man leads the Twilight Brigade, a group of players who believe in the power of Twilight, proving that some people don't forget, and he takes a keen interest in Haseo.

The following 3 episodes introduce the Tan brigade, a rival and merciless group intent of discovering what Ovan is up to, and other members of the Twilight Brigade whcih include the irritating but buxom Tabby and weird looking bird-man Sakisaka...

Anyone used to Hack//Sign will be instantly familiar with the tone and pacing of Hack//Roots. It's a slow and talky affair, which seems at odds with the fantasy element of the show. Whilst never anything less than pretty to look at, it can be a chore at times to get through the dialogue. Haseo's lack of interest in what goes on around him doesn't help matters, and as a slight spoiler warning, little will be resolved by the end of the series, as it serves primarily as an introduction to Hack//G.U.

With all that said, Hack fans will love it. With some nods to past and future incarnations of the multimedia series, it's certainly rich in detail. Sadly, if you're not so inclined, this is going to be one that probably baffles the hell out of you.

The special edition comes with a  light up keyring, collectors box and a soundtrack. The disc itself comes with clean opening/ending animation and some trailers.

The soundtrack is a nice bonus, and some of the tracks are very pleasing, but sadly the opening/ending themes are the short TV versions, which seems rather silly.

7
Narrative driven series that may leave action junkies in a coma, but Hack fans will find much to love here.