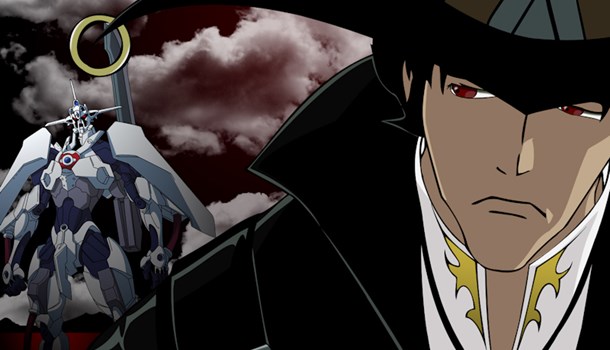 With the latest 2 volumes, Gun Sword really starts to carve its own path.

Given that the earlier episodes have been a mish-mash of other series, its nice to see the series begin to create its own identity. With the Claw now spotted, the hunt can begin in earnest, with Van and his allies coming together to take down an empire before it can be built. But what does the Claw truly intend for the Planet of Endless Illusion, and just how far will he go in order to achieve his aims?

There are some excellent episodes on these two discs, but the cliches still linger. With Van forced to fight his former mentor, enemies dying as they realise the folly of their ways and one episode dedicated to swimsuits (no really, it's almost too ridiculous to explain) Gun Sword may not be overly surprising, but it manages to remain entertaining and compelling at all times.

It helps that the characters are all so likable. Van effortlessly attracts a variety of buxom babes who fall over themselves to help him,  but all of them have their own traits to help them stay memorable. Wendy in particular comes across as earnest, and its always amusing to see her try to compete with the older girls for Van's attention.

The villains are, by now, very well rounded. Wendy's brother Michael has an air of confused faith in the Claw, and his attraction to fellow "Original Seven" member Fasalina is consummated (on screen) in a rare moment of intimacy. Amidst all this, a rebellion in The Claw's own ranks must be dealt with, and these layered character moments make for a fascinating whole.

The action sequences are also brilliantly directed, with Mecha fights in particular having plenty of grunt and pace, and with pilots beginning to drop like flies, it also has plenty of angst - and because of the aforementioned character development, you really care about every one of them.

With only one volume to go, Gun Sword is shaping up to be one of the must have series of the year. It's a ripping yarn and well worth tracking down as soon as you get the chance.

9
Really coming into its