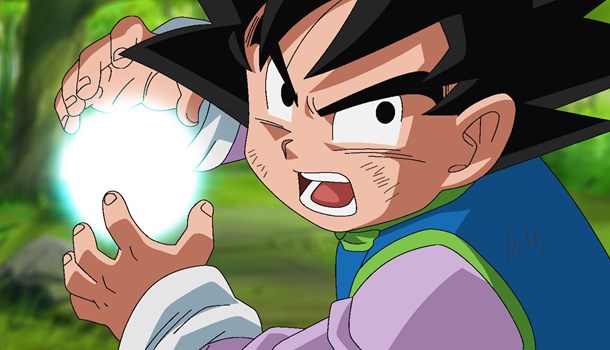 Oh boy, this is going to be a completed series to summarise… Though that will come as no surprise to those familiar with the franchise, which spans over three decades, 661 episodes (828 including Dragon Ball Z Kai), and 20 films before you even reach the beginning of Dragon Ball Super. Ok, so, here goes nothing: Dragon Ball Super is an animated sequel to the beloved Dragon Ball manga - and is officially sanctioned as such by the Manga’s creator Akira Toriyama - unlike the anime original series Dragon Ball GT, which Toriyama considered to be a “side story”. The Dragon Ball manga was subsequently adapted into the Dragon Ball and Dragon Ball Z animated seres, as well as various spinoff films. The manga itself began all the way back in 1984 and was serialised in Weekly Shōnen Jump, while the original animated series started airing in 1986 - meaning both are over three decades old at this point.

The series kicks off some time after the defeat of Majin Buu at the end of Dragon Ball Z, the world is at peace and Goku finds himself working on a farm ploughing fields - which, naturally, is driving him to distraction. Gohan and Videl are now married and Goten is searching for a gift to give his sister-in-law, an errand in which he enlists the help of Trunks. Mr. Satan (or Hercule if you remember the original Funimation dub of Dragon Ball Z) has been awarded a massive 100 million Zeni reward, which he has no need or want for. And somewhere in deep space the mysterious Lord Beerus The Destroyer awakes from his slumber. It soon transpires that Beerus is a God of Destruction and is feared even by the Supreme Kai…

From there on out the plot, the battles, and the progression of the characters are something which will be eminently familiar to anybody who has seen any Dragon Ball Z previously. The awakening of Lord Beerus is sensed by the Kai, who then have to try to keep Goku away. Because we all know that Goku is permanently itching for a fight. Of course, ultimately, all that effort is in vein and Goku inevitably faces off against Beerus, a battle which - after several false starts - spans the remaining episodes of the set.

So, what we have here is all good fun in the spirit of the previous entries in the Dragon Ball universe. However, there are some problems. The main issue with Dragon Ball Super is that, really, you need a good deal of existing familiarity with the characters. As no real attempt is made to introduce the cast in a way which could be accessible to a franchise newcomer. Having chosen to re-make the film in series form I would have thought that this should have been a priority, as it make the series a difficult sell to newcomers. Readers familiar with online streaming may well recall some sizeable complaints about animation quality, when the series first aired on Daisuki, to the point where it became something of an Internet meme. Thankfully these issues have been (mostly) cleaned up for the physical release, though the animation remains a little inconsistent. Even with the touch-ups it is not up to the production standards of the recent movies - or even many contemporary series - though it is certainly better than Dragon Ball Z was.

While this particular section of Dragon Ball Super may feel unnecessary, and is perfectly well served by the movie Dragon Ball Z: Battle of Gods, it is still just as entertaining as Dragon Ball has always been. Though there is more of the original Dragon Ball’s comedy in evidence here than there was in Dragon Ball Z, and that only works in the series favour. Ultimately existing fans will find a great deal to enjoy. Though, outside of the sometimes spectacular battles, newcomers won’t find much to invite them into the fold.

7
Utterly unnecessary but - even so - it’s the same Dragon Ball we know and love.
LATEST REVIEWS