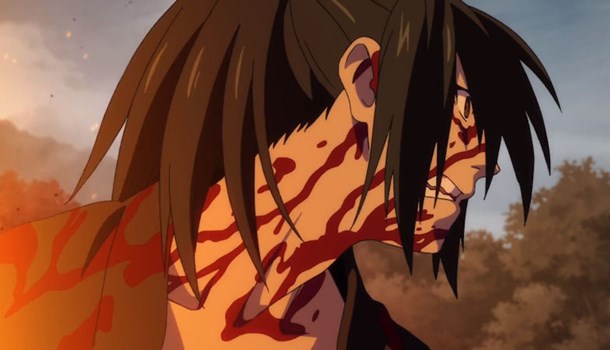 Anime and manga history has arguably never seen a creator as prolific, influential and enduring as Osamu Tezuka. Not only did the 150,000 plus pages of manga he created help to completely revolutionise and redefine popular art in Japan, but they also continue to be revisited and renewed by the consumers and artists of today. Astro Boy, for example, remains a hugely popular children’s cartoon character worldwide – see the toddler-aimed Go Astro Boy Go! for the latest iteration – and even his more obscure works, like Barbara, have been granted a second wind through contemporary adaptations.

Dororo, a late Sixties effort from the workaholic mangaka, spawned its own franchise long before triple-A anime studio MAPPA got its hands on the license. Following the eponymous young thief who befriends a vengeful ronin, the four-volume manga series was adapted as a black-and-white anime in 1969, a PS2 game in 2004 and a live-action film in 2007. While another anime could be seen as overkill at this point, MAPPA’s 2019 rendition – now available on Blu-Ray from MVM – proves that updating Tezuka’s works for a modern audience is a worthwhile task if handled with enough care.

The ronin Hyakkimaru can be described as a more extreme version of the iconic blind swordsman Zatoichi, lacking not only his sight, but also his ears, limbs, spine and skin due to a bargain his ruthlessly utilitarian father made with twelve wicked deities. With the help of a Geppetto-like craftsman, Hyakkimaru's body is rebuilt from scratch – but the real thing is within reach if he can slay the demons that took it from him. Naturally, Hyakkimaru is as stoic a protagonist as they come, but the company of chirpy title character Dororo keeps things a little more upbeat along the way.

Dororo’s quips and buoyancy aside, this series is a truly harrowing watch – perhaps excessively so at times, with some side characters serving little purpose other than to suffer. The trials and tribulations of the Sengoku Period are depicted in unwaveringly brutal detail, likely derived from Tezuka’s own experiences as a teenager in World War II. There’s an abundance of graphic violence and body horror throughout, and each episode features at least one seriously impressive swordplay set piece, either between samurai or against a hideous monster.

This bleak approach is reflected through the show’s art direction, using muted colours and opting for a mostly monochrome palette for flashbacks that evokes classic jidaigeki horror films such as Ugetsu Monogatari and Onibaba. Aside from a few brief nods to the source manga in the two title sequences, Tezuka’s original designs are eschewed for a more realistic art style drawn up by Tegami Bachi: Letter Bee creator Hiroyuki Asada, which doesn’t feel particularly unique yet succeeds in maintaining a serious tone.

A “monster of the week” format is employed across the 24 episodes, allowing for some strong self-contained stories but noticeably slowing down the progression of Hyakkimaru’s quest, and is therefore best watched in smaller chunks rather than binged. The mid-series climax pulls out more than enough stops to keep viewers invested past the halfway point, however, and it remains uncertain whether the story will conclude with further tragedy or on a more optimistic note right up until the final scenes.

The series could have benefited from having a less staccato narrative – and a higher dosage of whimsy and optimism to remedy its relentless bloodshed wouldn’t go amiss – but MAPPA’s take on Dororo is certainly a success. If you’re a fan of grisly hack n’ slash anime like Demon Slayer and Berserk, then this is a journey you’ll want to embark on.

7
Sombre and somewhat meandering, but a compelling historical epic nonetheless