Log in Register
Menu
Install the app
You are using an out of date browser. It may not display this or other websites correctly.
You should upgrade or use an alternative browser.

Been playing Nioh non stop. Seems like the game doesn't end! Enjoying it, but it's tough.

One Piece Pirate Warriors 4 (Review will be out shortly)

Robert88UK said:
One Piece Pirate Warriors 4 (Review will be out shortly)
Click to expand...

Started playing that today (after having trouble with my preorder DLC code which suddenly started working today???) and it goes the "retell the story" route, but weirdly pretty much infodumps everything before the main part of the Alabasta arc. So you miss out on a chunk of the story (and some of my favourite villains too)

I do like that the main menu is just Nami posing on the deck! 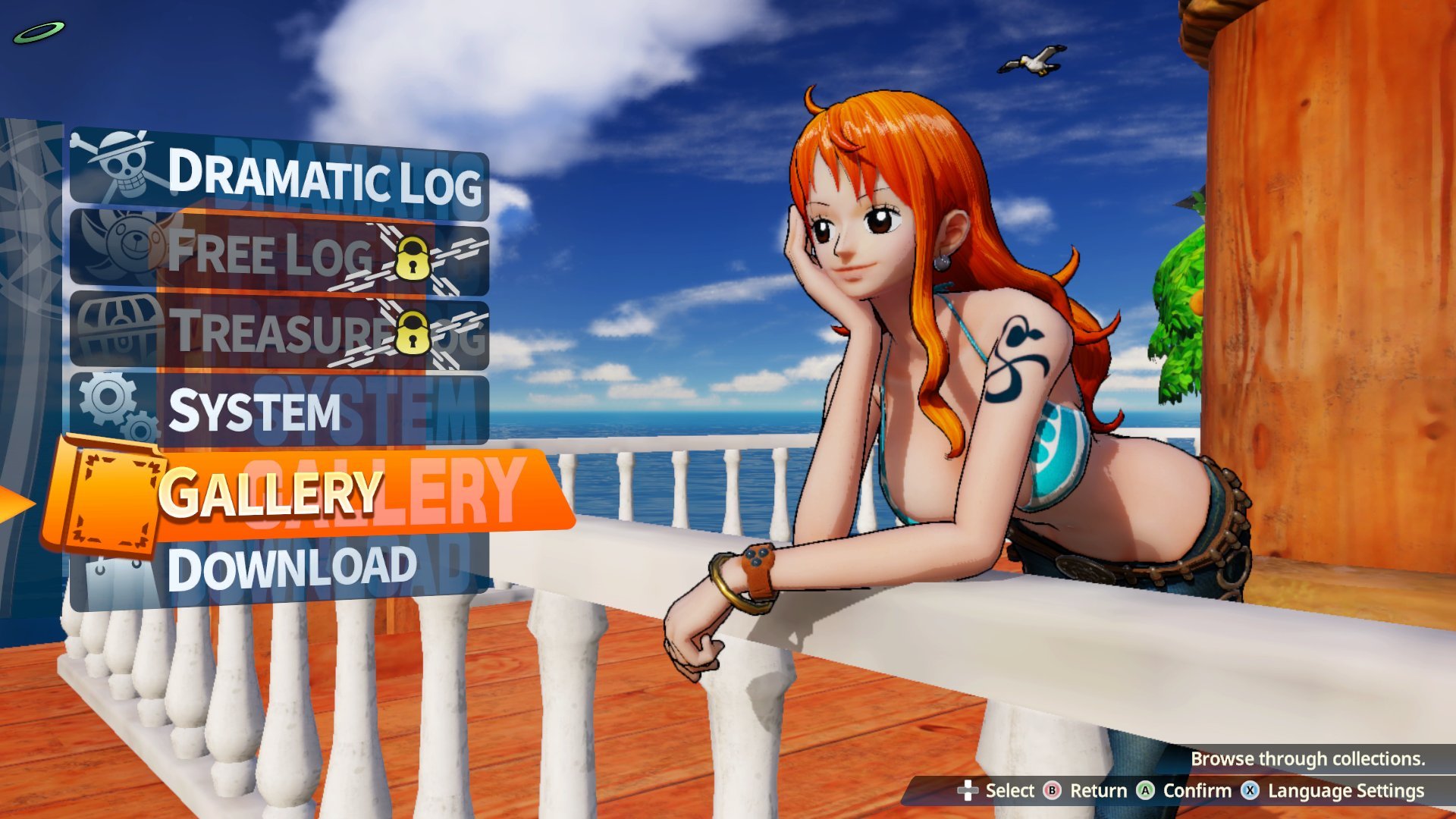 Considering an looking at final fantasy 14. Has anyone played it? Is it a horrible rabbit hole?

Chrono said:
Considering an looking at final fantasy 14. Has anyone played it? Is it a horrible rabbit hole?
Click to expand...

I haven't, though I do like the look of it. Chances are I'll dive into FF VII Remake when it lands, as soon as I've got this backlog of work out the way.

Been going through the boxes of games in the loft, I have so many unopened JRPG's to get through on Vita, DS/3DS and PSP I don't think I should buy any more games for a while.

Oh, and writing up my review of My Hero One's Justice 2 tomorrow, which I did find time to play. Basically One Punch Man in a different skin.

Pirate Warriors 4 skips Thriller Bark too, so no Perona (hopefully she is in the game later on or in the Treasure Log mode!)

So i got The Sims 4 at work the other day (since we have 15% off all month as a "thank you") and i'm enjoying it. I do like this little touch on the Create a Sim screen where you can customise your Sims gender to your exact preferences. 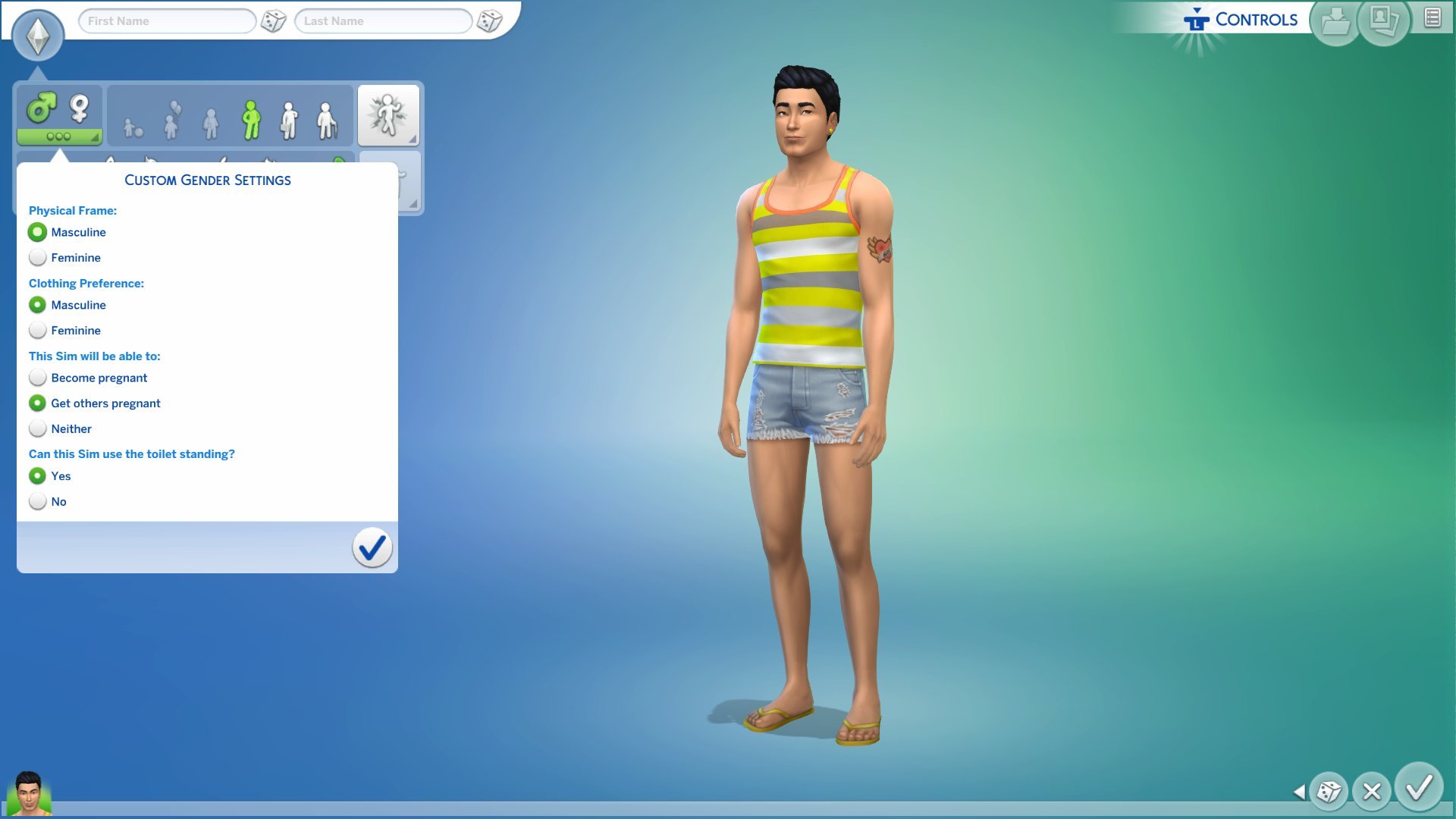 Crash bandicoot collection and COD warzone are the most played this week, with a smattering of Bravely second. Also, if anyone is doing warzone, I'm on PS4, if you want to team up and lose straight away.

Obviously the latest one being Final Fantasy VII remake. May go back and get the platinum trophy in it.

Finished Resident Evil 3 Remake. Good but clearly obvious they didn't put as much time and effort into that game as they did RE2 Remake.

Planning either to go back and finish Persona 5 Royal, Tokyo Mirage Sessions or Trails of Cold Steel 3 as my next game I have on pre-order is Xenoblade on the switch which isn't out till end of May.

Robert88UK said:
Obviously the latest one being Final Fantasy VII remake. May go back and get the platinum trophy in it.
Click to expand... Chrono said:
Considering an looking at final fantasy 14. Has anyone played it? Is it a horrible rabbit hole?
Click to expand...

It;s the 2nd most popular MMO I think. It's pretty cool though I don't really put the time into MMOs anymore to get anywhere.

SW: Battlefront 2, bravely second and valkyria chronicles 4 are my games of the minute. Got horizon lined up next too.

Yeah i got the collection. I own those games way too many times now (and still have never played Bioshock 2)

IanC said:
Pirate Warriors 4 skips Thriller Bark too, so no Perona (hopefully she is in the game later on or in the Treasure Log mode!)
Click to expand...

Spoiler - No. No she isn't. But the final boss is freaking awesome. Two achievements left to go now.

IanC said:
Yeah i got the collection. I own those games way too many times now (and still have never played Bioshock 2)
Spoiler - No. No she isn't. But the final boss is freaking awesome. Two achievements left to go now.
Click to expand...

Bioshock 2 is okay, not as good as 1 but it is an excuse to revisit Rapture, so I liked that about it. I've got 3 copies of teh game (the remaster for PS4 is still in the shrink-wrap) but I've always wanted the game on handheld for some reason, so bit at the first title - I'll pick up the other two in a future sale I'm sure.

Infinite is great too, and it runs really well on the Switch, played a good few rounds of Clash in the Clouds the other day.

As I know someone else on here has just started playing it (at least I assume he's on here).

About 8 weeks ago I added Elite Dangerous to my Steam wish list having seen a YouTuber I follow (The Mighty Jingles - primarily WoT/WoWS) started replaying it and I decided I regretted not trying it first time round. A week later, maybe sooner, I got an offer from Steam for 75% off including the big pack - which is a must as you do need Horizons (for planet landing and engineering).
Within a week I had lost a few nights and purchased a cheap but dexent HOTAS (ThrustMaster T-FLight HOTAS X) (the PS3 version, while ahrd to find, is half the price of the XBox/PS4 versions and as a PC player, no different).
Now not playing it as much, but still enjoying it. I was playing in Solo mode to avoid ganking (even if rare) but have now joined a PvE guild and play in the Private sessions - though still not encountered another player online).

Now if job was not at risk and the costs silly I would be tempted to upgrade my graphics card to a 2080 and then get the latest Occulus Rift - apparently this game is amazing in VR.

Clea - and you can read the review here:

Pokemon Sword - The Crown Tundra on Switch which is a nice little expansion, Rayman Origins and Rayman Legends on Xbox One, completed Origins and am working my way through Legends (completed main story, just cleaning up the Back to Origins section now) and Doom 64 on Stadia.
S