UK Anime Network - Anime - How NOT to summon a Demon Lord 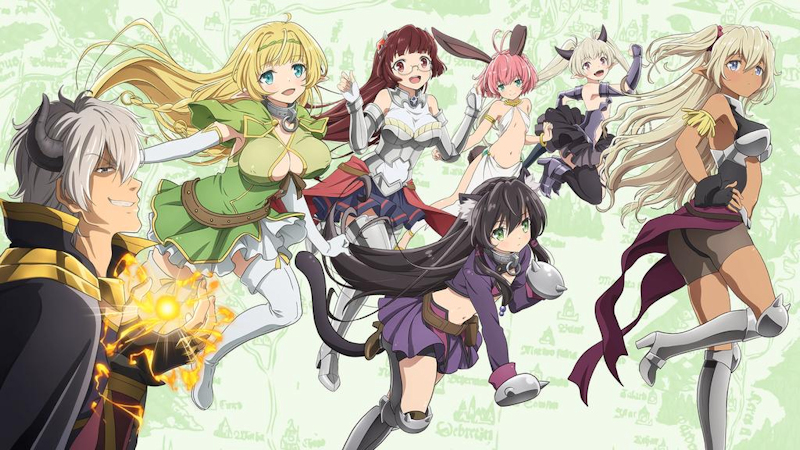 How NOT to summon a Demon Lord

Dear readers, I believe before we begin I should confess I do love the, ahem, artistic merits of Ecchi. So from that perspective I loved “How NOT to Summon a Demon Lord”. It is an adventurous, fun, frolicking fantasy filled with fan service.

However, it's only fair for me to advise as to why.

This series is an adaptation of a Japanese light novel/manga series. The hero of the piece is Takuma Sakamoto. It is made clear from the start that Takuma is a gamer who invests all his free time into his favourite MMORPG, Cross Reverie. In that fantasy game his character is the Demon Lord Diablo. Due to the huge amount of hours invested in playing the game he has become incredibly strong and powerful. The opening premise to the story is that much to his surprise, two young women in the game, Rem and Shera, try and summon and entrap Diablo. They succeed, and Takuma is transported into the world of Cross Reverie and the body of his character. Diablo is not ensnared by the spell though. Having defeated a multitude of players and boss characters Takuma had accumulated a number of weapons and pieces of equipment. In this case his magic ring reflects the spell and enslaves the two women who brought him into the game.

Takuma is an interesting character. Physically in the game he is tall and handsome with a muscular athletic build, grey hair and short horns sprouting from the back of his head. His internal monologue indicates that in person he suffers from social anxiety. With women he is inexperienced and gives the impression of being inept. Usually he is content being home behind a desk defeating any in his path. In reality it seems he struggles with human interaction. He hides his personal issues by playing his Demon Lord character to type. Given the extensive time spent in Cross Reverie he is able to use his high stats and knowledge of the game to his advantage leaving others none the wiser. It is clear that whilst powerful, he does think through each confrontation. This helps make him more likeable to the audience.

The two young women who summoned him are very different characters.

Rem Galleu is a young Pantherian (a type of cat girl with cat ears and a tail) with long black hair. Given her youth and body type she has a slender frame. Rem became an adventurer due to a hidden secret (that is revealed fairly early on in a semi inappropriate way). Her character is smart and feisty though often flustered or irritated when confronting situations that have sexual connotations.

Shera L. Greenwood is her complete opposite. Shera is a typical Elf archetype, with long golden blonde hair, pointy ears and green attire. Less usual for an elf though is her ample bosom, a trait that is often brought to the viewer’s attention. As is typical to this type of character she is portrayed as clueless yet caring. Shera has her own reasons for summoning the demon though clearly favours the companionship that is created from the situation. Shera is very flirtatious by nature. This does not jar or distract from the storyline. It does though Inherently lead her into many situations that provides further fan service for the audience.

Given his awkward nature Takuma takes no pleasure in enslaving the girls as he has no idea what to do with them. It follows that they end up joining forces as adventurers to find solutions to their various problems. The story does open up a lot of questions that go unanswered, though at this stage that just gives the series room for to expand should a second season be granted.This is a great character piece that shows a “fish out of water” adapting to his new existence whilst those around him get used to this unusual Demon Lord.

I loved this show. I found the style visually engaging. It was a fantastic setting filled with magic and adventure whilst also amusing the watcher with modern day gaming references. There was clearly a lot of fan service in the show, with any given episode providing multiple moments of cleavage or partial nudity. There is also depth to the story, as the characters and the sense of camaraderie and charisma draw teh viewer in as they face their various dilemmas. I felt myself empathising with the characters. I soon found the episodes rolling on and wanting to not only see the next ecchi moment but also how this played out. If you like something of a similar vein but slightly more serious then Re:Zero -Starting Life in Another World might suit you better.

8
A fun comedy Isekai adventure that delivers on all fronts, pun very much intended.
COMMENT AND DISCUSS
blog comments powered by Disqus