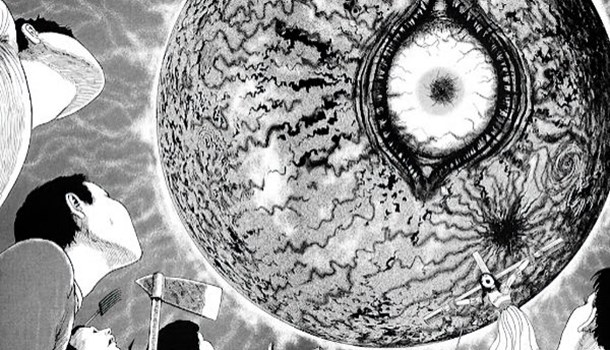 Ito has previously won an Eisner Award for his manga adaptation of Mary Shelley's Frankenstein in 2019, but this year marks the first time that a Japanese artist has won two awards simultaneously!

The synopisis for Remina, which was released by Viz in December 2020:

An unknown planet emerges from inside a wormhole, and its discoverer, Dr. Oguro, christens the body “Remina” after his own daughter. His finding is met with great fanfare, and Remina herself rises to fame. However, the object picks up speed as it moves along in its curious course, eliminating planets and stars one after another, until finally Earth itself faces extinction… Is the girl Remina the true cause of the catastrophe?

This time, I was awarded the American Eisner Award for the English versions of "Hellstar Remina" and "Junji Ito Short Editing BEST OF BEST", and it seems like a dream. We would like to express our sincere gratitude to all the readers who supported us and to the support of American VIZ Media for publishing with wonderful translations and bindings. And above all, I wouldn't have won this award without the help of Shogakukan, who has been indebted to me since I serialized "Uzumaki" in "Big Comic Spirits" in 1998.

"Hellstar Remina", which won the Eisner Award this time, is a work that started from the idea of Mr. Ichiro Nakakuma, who was in charge of "Uzumaki". "How about the next series about the stars that eat the stars, Mr. Ito !?" While flirting with this strange idea, I drew it with my own knowledge of science (pseudoscience), and then the book was designed by Yukio Hoshino.

"Junji Ito Short Editing BEST OF BEST" is a collection of one-shots written by Shogakukan. Under the direction of Mr. Tatsumi Kato, who is in charge, the book was designed by Keisuke Kinohara of Rocket Bomb and made into an elaborate and luxurious book.

I will continue to do my best with the fact that these two works, which I am very fond of, have been evaluated in the United States.

Once again, I would like to thank all the people involved in creating the Japanese and English versions, as well as the readers who supported me. This time, thank you very much.